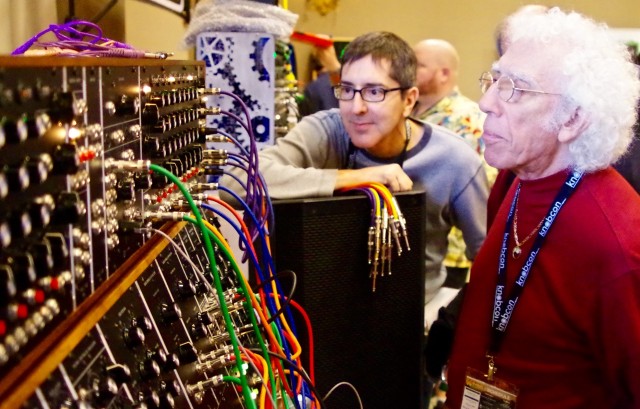 Knobcon 4, described as the largest synthesizer convention in the world, was held earlier this month, Sept 11-13, in Itasca, Illinois.

According to organizer Eric Williamson (aka Suit & Tie Guy), Knobcon 4 was the largest synth convention ever – attracting close to 500 people, from 6 countries.

The event was packed with activities, including:

Here are some of the highlights: 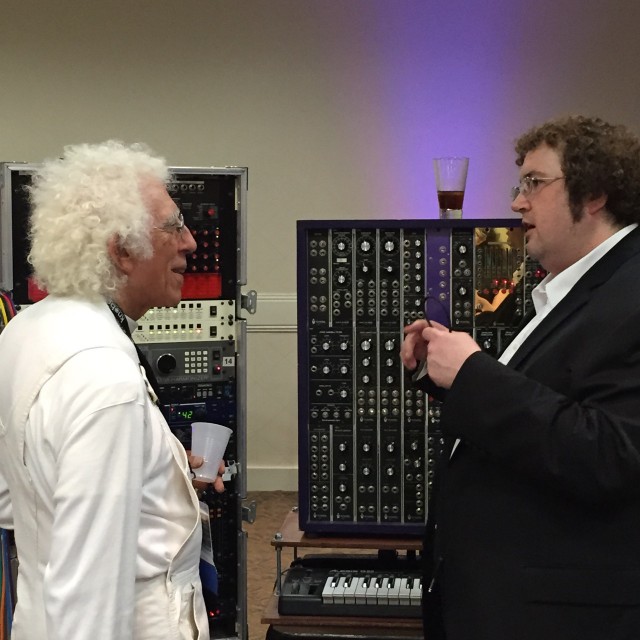 Friday night featured an opening session, with performances by four electronic artists, including Suit & Tie Guy, above right, and even an impromptu jam with Malcolm Cecil, above left.

On Saturday & Sunday, several exhibit halls were open, featuring a giant room full of synth gear; a ‘headphone only’ room for checking out systems in depth; and a demo room for test driving a system. 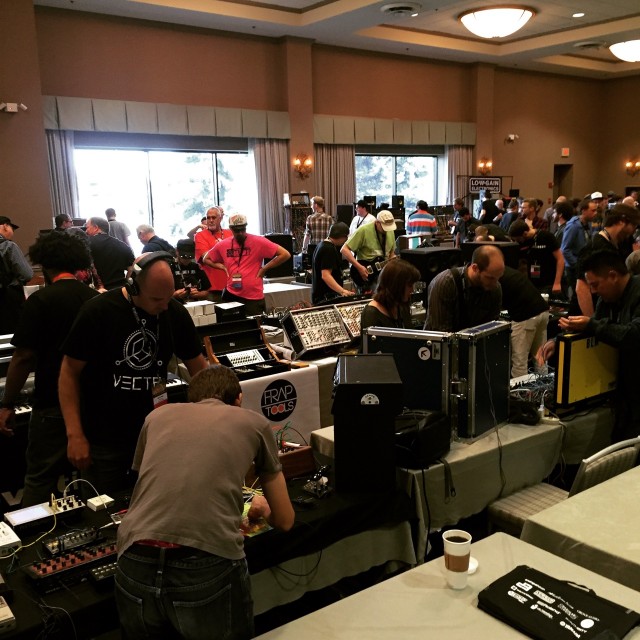 There were multiple vendors that made introductions, large and small, at the show. The biggest news, of course, was the ‘speakeasy’ announcement of the Moog Mother32 semi-modular analog synthesizer.

We had the opportunity to get some hands-on time with the new Moog Eurorack synth with Moog’s Steve Dunnington.  The Mother32 promises to be a inexpensive standalone Moog synth module and also a great starting point for building a Eurorack modular system. 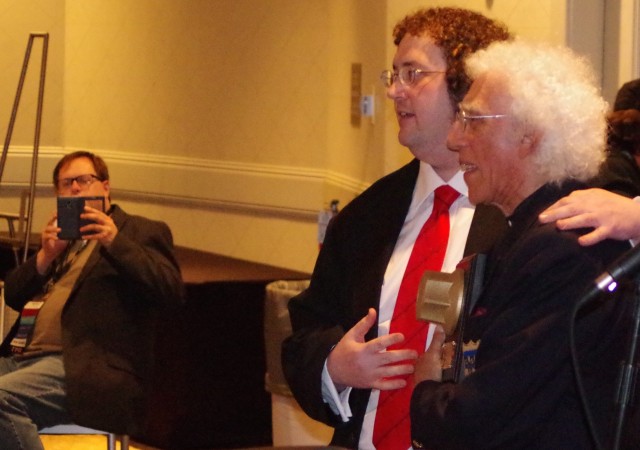 Throughout the evening, there was live music by Ed & Judy Howard & Cory Flanigan, and Malcolm Cecil even joined in for a bit of blues EWI: 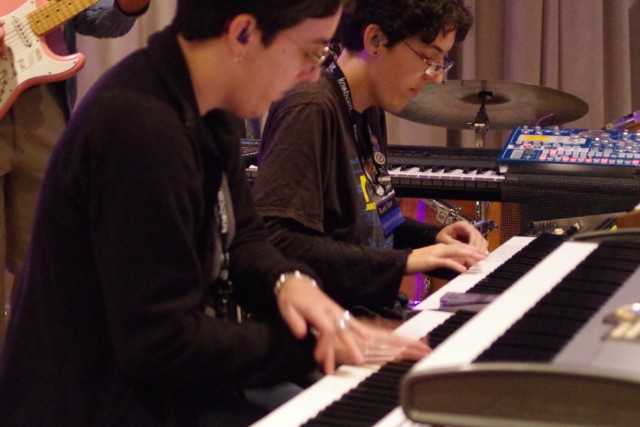 Both Saturday and Sunday featured synth workshops, including a history of synthesis by Marc Doty, below; a Q&A with Moog modular guru Gene Stopp; a discussion of acoustic synthesis by Jon Sonnenberg; and an interview with Malcolm Cecil hosted by Mark Vail.

See the photo gallery below for highlights from the event, including some sneak previews of upcoming gear, rare synth gear and the occasional rubber chicken:

Here’s a video walkthrough of some of the highlights of the event, via Modular Wild’s Raul Pena: