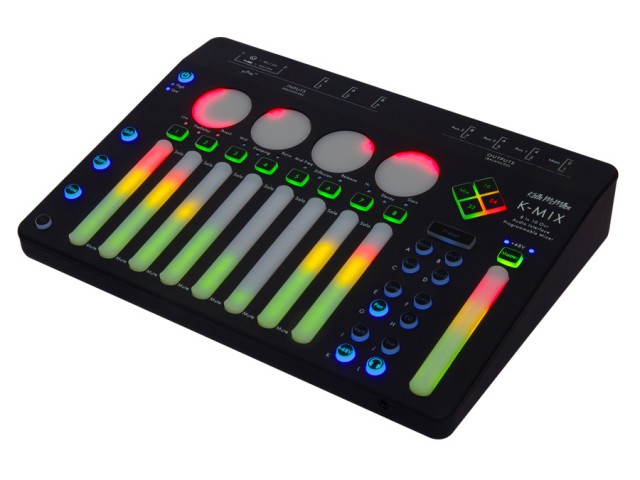 The K-Mix looks different than other mixers and it’s because KMI founder Keith McMillen wanted a mixer that was different than the mixers that were available. “I needed a very special mixer that did not exist,” explains McMillen, “a fully-programmable, MIDI-controlled, ultra-high-quality portable mixer.”

“Not having a mixer that could do all of this, when wanting to play live in a group without a sound man, was heartbreaking,” adds McMillen. “K-MIX had to be capable of tying all of my needs together — from live inputs to USB interfaces — to then operate as a fully-programmable stage mixer.”

The K-Mix is ‘not your grandma’s mixer’, according to KMI.  It has no moving parts, so it can be used as a portable mixer, without the fear of snapping off a fader or knob, while still giving you top audio quality, mixer functionality and control.