At the 2016 NAMM Show. This week, Nord Keyboard has introduced their latest instrument, the Nord Piano 3.  The piano makes use of a new keyboard technology, and has improved grand weighted action, “Ivory touch” and expanded memory for the Nord Piano Library.

The Nord-exclusive Virtual Hammer Action Technology simulates the hammer movements in a Grand Piano, and the Piano3’s Triple Sensor keybed allows key movements to be determined with a high degree of precision, for dynamic playing. 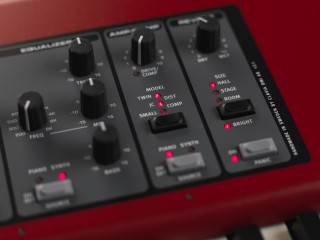 Repetitions. The Nord Virtual Hammer Action Technology enables the player to produce a new note without lifting the key completely. This allows for smoother repetitions as the tone is not completely dampened between strokes, similar to the fluent transitions possible on a grand piano.

Extended triggering range. The new keyboard technology makes both top and bottom triggering possible, resulting in heightened control when playing percussively as well as pianissimo with the keys half-pressed down. 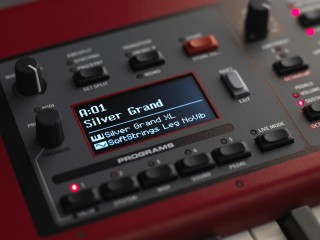 Weighted action and ivory touch. The keybed has added weight for improved dynamic control and features a textured “ivory-like” surface, for a more authentic piano touch and feel. In addition, the individual Fatar keybeds are “meticulously” calibrated at the Nord factory for an even response over the whole range. 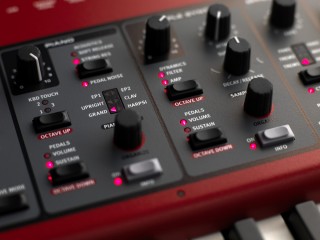 Nord Sound Libraries. The Nord Piano 3 features 1 GB of memory dedicated to the exclusive sounds from the Nord Piano Library, and are carefully selected for their specific and individual character. The Nord Piano Library is filled with uniquely-sampled acoustic and electric instruments, with a broad range of velocity levels allowing for “exceptional” dynamic control.

The Factory Bank features 6 Grand Pianos, 5 Upright Pianos, 11 Electric Pianos, Clavinet and Harpsichords. Replacing the sounds in the Nord Piano 3 is a simple matter of dragging and dropping files in the Nord Sound Manager for Mac and Windows.

The Sample Synth section in the Nord Piano 3 has 256 MB memory dedicated to the Nord Sample Library 2.0 – the company’s essential selection of sampled sounds from a wide range of genres, including the exclusively-licensed sounds of the Mellotron and Chamberlin.

Pricing and Availability. The Nord Piano 3 will begin shipping in May 2016, pricing TBA. More information will be available at the Nord Keyboards site.