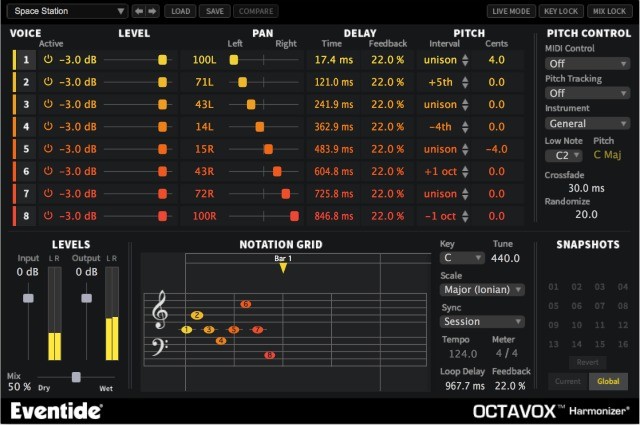 Eventide has announced that Octavox, formerly only available in their flagship plug-in bundle, Anthology X, will now be offered in an updated version in Native AAX, AU, and VST formats.

Octavox is a time-based diatonic harmonizing effect that allows you to stack harmonies, widen instruments, and create innovative rhythmic sequences with ease. Octavox features over 70 presets optimized for a variety of instruments, including drums.

Eventide Octavox Harmonizer is available now, with an introductory price of US $99 until the end of February 2016. (MSRP $199)