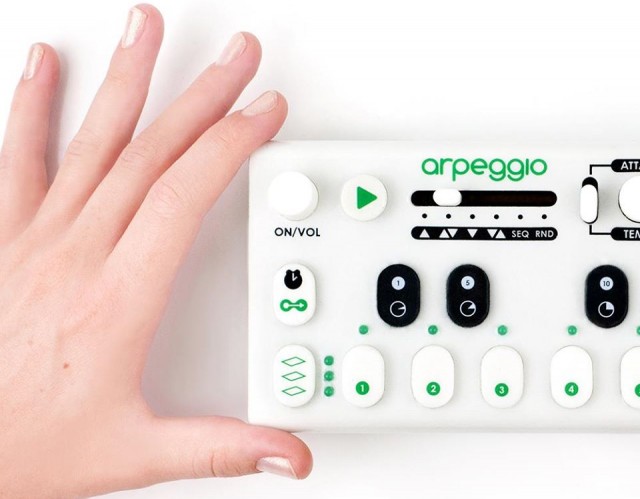 At the 2016 NAMM Show, we got an update from Tangible Instruments on the Arpeggio, described as ‘the first dedicated arpeggiator & sequencer in one portable device’:

Production of the Arpeggio is being funded by a completed Kickstarter project.  We talked with Tangible Instruments founder Charlie Lesoine, in the video above, who showed us the current design prototype and discussed the status of the project.

They were not showing a working prototype of the Arpeggio at the show, so here’s a previously released demo using a pre-production prototype:

The Arpeggio is available for pre-order for US $199.