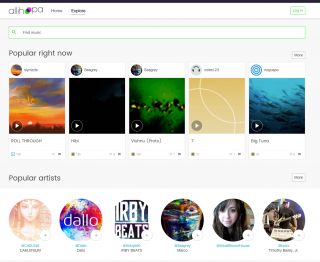 Propellerhead today introduced Allihoopa – a new social network for music sharing for users of their software.

“Today a majority of young people see a future where everything is done on mobile devices,” says Propellerhead CEO Ernst Nathorst-Böös. “In that world, Allihoopa will be the world’s musical hub.”

“We don’t aspire to be a music distribution network, there are plenty of those already. No, Allihoopa is the place where music is made,” he adds. “It’s where you can get a peek into other musicians’ creative process, hear their ideas before they’re fully formed, learn from others, get inspired and find people to collaborate with.”

Propellerhead also released updated versions of its mobile apps Take and Figure. Content previously shared on Propellerhead Discover is moving to Allihoopa. And they say that Reason users should expect more to come on Reason support in the future.