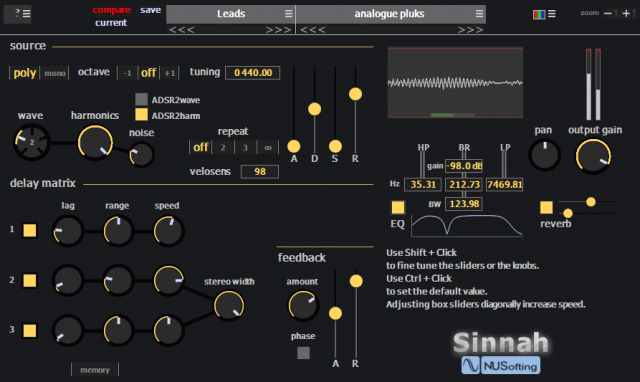 Sinnah is a virtual analog synth plugin, but instead of the standard subtractive resonant filter, it uses a resonant delay network.