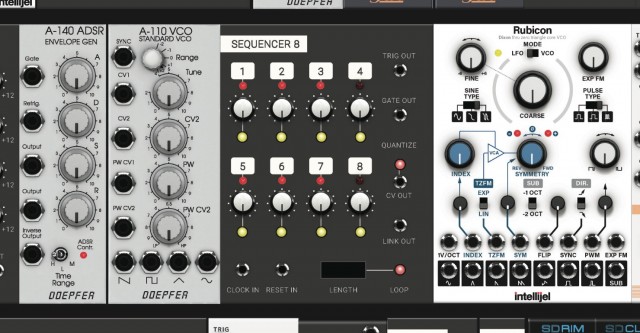 According to the company, Softube Modular ‘makes the Eurorack modular synthesizer truly accessible for everyone’.

Softube’s modeling experts have collaborated with Eurorack standard creator Dieter Doepfer and designers at Intellijel to create circuit emulations of a variety of hardware modules. The resulting software modules have been authorized and approved by their respective owners.

The basic system includes six Doepfer modules and 20+ utility modules, such as sequencer, mixer, delay and more. A ‘massive’ preset library will be included.

Additional modules from Doepfer and Intellijel will be available as add-ons at launch (such as LPG, uFold II, Korgasmatron and Rubicon). More emulations from top hardware synthesizer brands are planned.

Here’s a video demo from the Musikmesse floor, via Audiofanzine: