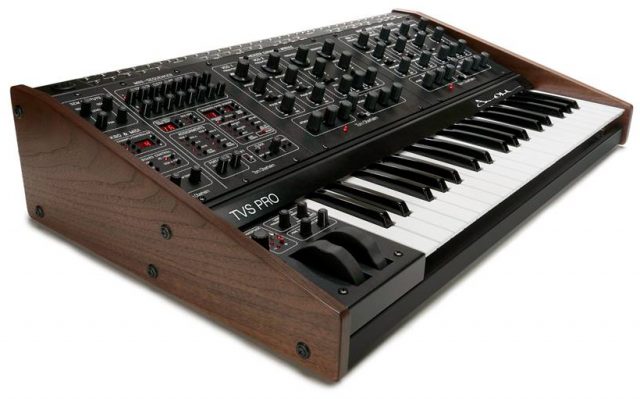 “In the 70’s, Tom built a few black colored SEM’s,” notes GSF Agency’s Geoff Farr, who handles sales and marketing for Oberheim. “So we thought we’d reissue the Two Voice Pro in black.”

“There are a couple of graphic changes on the black version,” he adds. “The features and price are the same as the current Two Voice Pro.”

The U.S. price of the black Two Voice Pro is $3,495. It’s expected to start shipping in 45 days. It’s available to order via Oberheim dealers. More details on the Two Voice Pro are available at the Oberheim site.