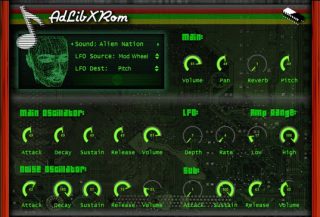 SampleScience has introduced AdLibXRom, a sample-based instrument, featuring the sound of the AdLib sound card.

The AdLib soundcard, widely used in 90’s PCs, had a synthesis chip build by Yamaha. This chip was the YM3812, a FM and additive synthesizer which had up to 9 channels of digitally produced sound.