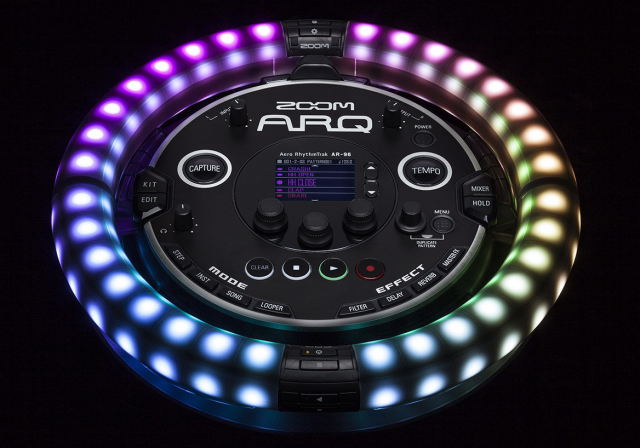 Zoom has announced that the ARQ – a unique drum machine, sequencer, synthesizer, looper, and MIDI controller – is now available.

Here’s a preview of the Zoom ARQ from the 2016 NAMM Show:

The ARQ consists of two components–the Base Station (AR-96) and the detachable Ring Controller (AR-96c):

If you’ve used the Zoom ARQ, share your thoughts on it in the comments!