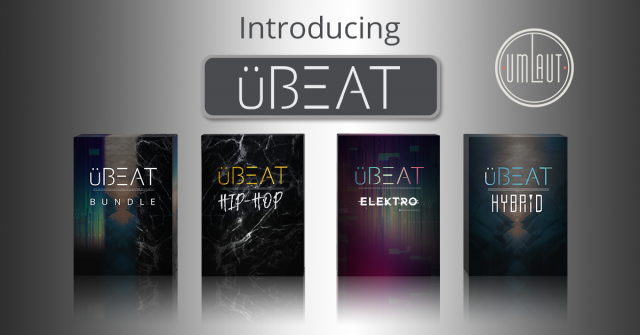 “We’re really excited about uBEAT because of its versatility,” remarks Anne Juenger, co-founder and COO of Umlaut Audio. “For example, a composer can use it to create high-quality beats in a time crunch, or a producer can really dig into playing with all its settings to make something completely original.”

Pricing and Availability. Umlaut Audio’s uBEAT Hip-Hop, uBEAT Hybrid and uBEAT Elektro drum loop libraries for Kontakt are sold separately for $99 each, or together as the uBEAT Bundle for $199. For more information, or to purchase, visit the Umlaut Audio website.Save