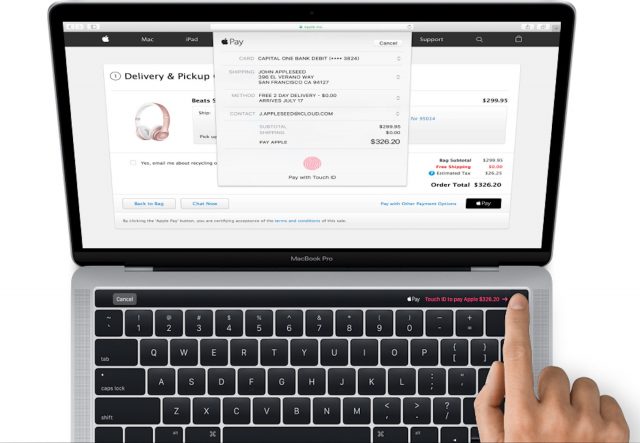 It looks like the MacBook Pro is going to be losing its function keys – and gaining a touchscreen ‘Touch Bar’.

With the release of the latest MacOS Sierra update, images have leaked out that appear to confirm rumors about the new MacBook Pro – expected to be introduced this Thursday. The images, found in in System/Library/PrivateFrameworks directory of macOS Sierra 10.12.1, show an touchscreen strip running across the top of the computer keyboard. 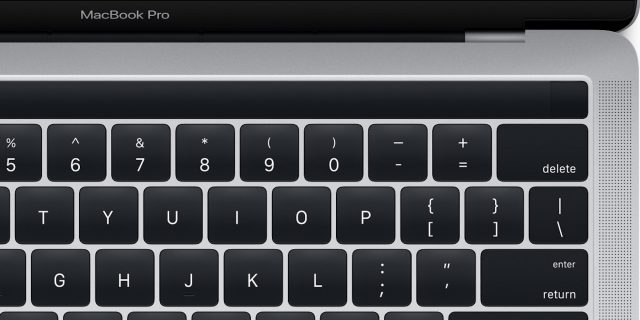 The Touch Bar appears to be Apple’s approach to bringing dynamic touchscreen functionality to laptops. The Touch Bar will dynamically display buttons and graphics that are relevant to the task that you are doing.

Given the popularity of OS X with musicians, we expect that developers to take advantage of the new capability.

This means that your active music app could display its toolbar at the top of your keyboard, instead of forcing you to remember which function key or keyboard shortcut to use. For example, your DAW could display transport controls and then change to editing tools when you select a track.

Apple has previously criticized Microsoft’s approach to incorporating touchscreens into laptops, which has been to adapt Windows to support hybrid tablet/laptop devices. CEO Tim Cook compared this approach to converging a toaster and a refrigerator – suggesting that it results in a weird hybrid. So far, the market appears to be supporting Apple’s take on this. Microsoft’s Surface Pro devices have only found a niche audience, though many users love having the capabilities of a desktop OS on their tablet.

Apple has not made any official announcement about the new MacBook Pro yet, but they have a keynote event scheduled for Thursday, 10/27.