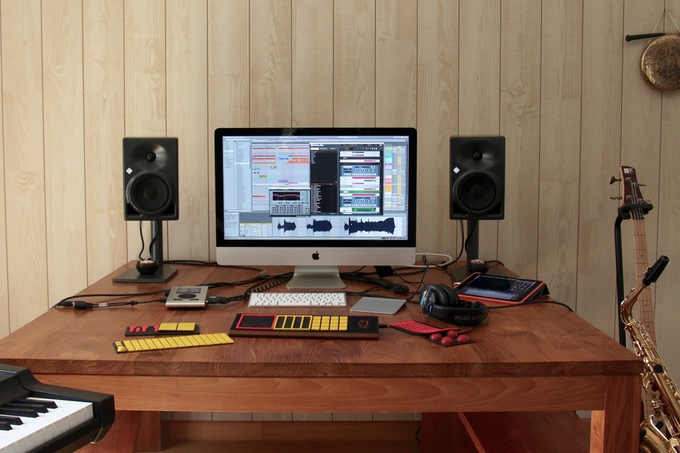 Developers of the Joué, an expressive MIDI controller that you can customize to fit your needs, have announced a Kickstarter project to fund its production.

The Joué has a base, made of wood and metal, and is equipped with a pressure sensitive sensor on which modules are placed. Modules – including piano keys, guitar strings, drums pads and 3D control objects  – are made of soft and elastic silicone, which transmit every pressure variation to the sensor. This lets you use natural gestures, such as vibrato, bending, and hitting.

Joué supports USB MIDI, so it can be used to play and control software like Ableton Live, Apple Logic, Native Instruments plugins, Max/MSP or iPad apps. You can also connect it to hardware using a USB to MIDI converter, without needing a computer in between or even connect several Joué to the same device to extend the setup.

The Joué is available to project backers starting at €260. Estimated delivery is Aug 2017.