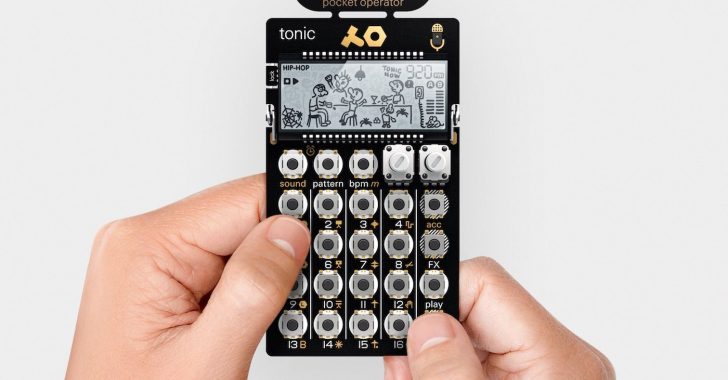 PO-32 tonic is a powerful drum- and percussion synthesizer, based on a collaboration with Magnus Lidström of Sonic Charge. The PO-32 offers a wide range of sonic capabilities, punch-in FX and a built-in microphone that allows direct transfer of sounds and pattern data between units,.

It also features compatibility with Sonic Charge’s Microtonic, which lets you create new patches and pattern data, and transfer them wirelessly back to the PO-32 Tonic. This means that you can easily import, export and share PO-32 music.

PO-Tonic UI Designed By A 9 Year-Old 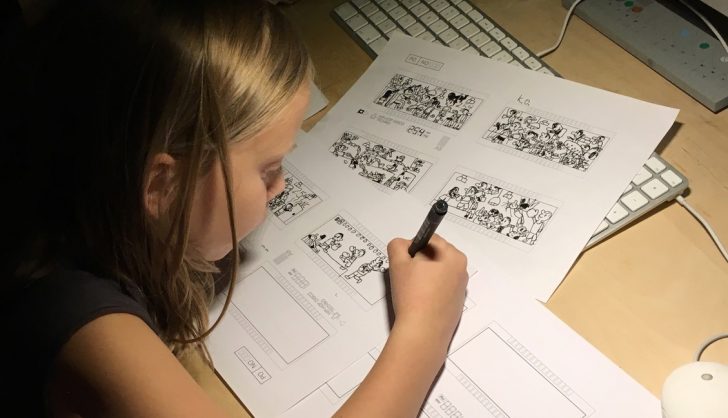 An interesting aspect of the Tonic’s design is its UI, which features cartoon illustrations of people drinking ‘tonics’.

The cartoon illustrations were created by Ivana Kouthoofd, who is the daughter of Teenage Engineering CEO and founder Jesper Kouthoofd. CDM has more details on the devices unique UI.