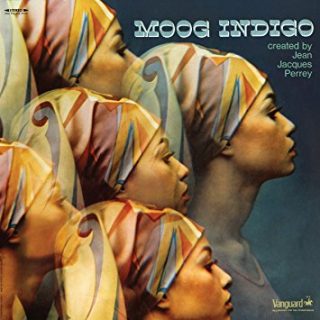 Vanguard Records has announced a vinyl reissue of Moog Indigo, one of the most iconic titles from the catalog of French electronic musician and composer Jean-Jacques Perrey.

The album has been pressed on 180-gram vinyl from lacquers cut using the original analog album master. This edition will mark the first hi-fidelity vinyl reissue of this title in the U.S. since the album’s original pressings in 1970.

Jean-Jacques Perrey, who recently passed away at the age of 87, is credited with being a key player in the development of modern electronic music, pioneering the use of the Moog synthesizer and the Ondioline in popular music. Perrey is best known for the song Baroque Hoedown, written with Kingsley in 1967, and later used notably by Disneyland in their Main Street Electrical Parade.

Moog Indigo blends funk, lounge, the avant-garde and a generous dose of humor. The centerpiece of the album, E.V.A., has been sampled heavily, by acts as diverse as Kool Keith, Pusha T and Fatboy Slim. Rounding out the record is Gossipo Perpetuo, a tape loop collage piece that combines chattering voices with a fast-paced synthesizer samba groove. The track was recently featured in Apple’s Shot on iPhone ad campaign.

Moog Indigo will be available March 24th. You can pre-order it now on Amazon.

A1. Soul City
A2. E.V.A.
A3. The Rose And The Cross
A4. Cat In The Night
A5. Flight Of The Bumblebee
A6. Moog Indigo
B1. Gossipo Perpetuo
B2. Country Rock Polka
B3. The Elephant Never Forgets
B4. 18th Century Puppet
B5. Hello Dolly
B6. Passport To The Future