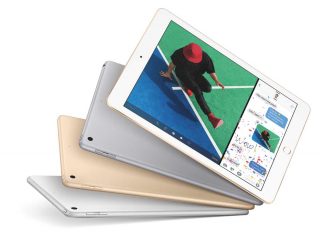 The key changes for mobile musicians are:

The new iPad retains the same connectivity as the iPad Air 2, and does not include support for Apple Pro features, like Apple Pencil.

I think I mentioned to Bob Geldof I could make love for eight hours. What I didn’t say was that this included four hours of begging and then dinner and a movie