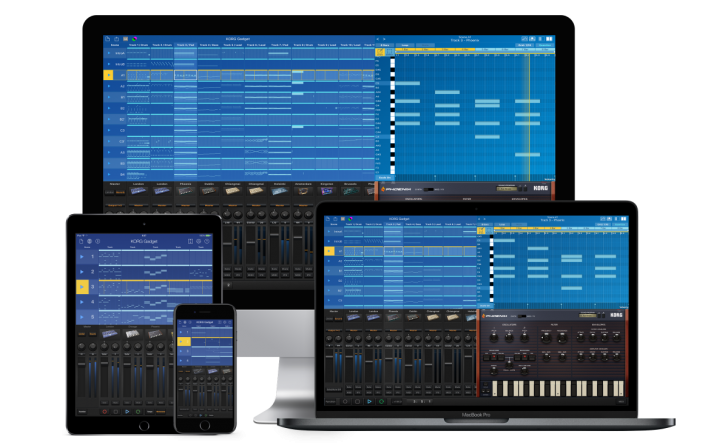 Korg Gadget 3.0 – the latest version of the virtual music studio – is now available for iOS. And as of version 3, Gadget is also available for Mac OS X.

Gadget offers a collection of more than 20 virtual instruments, or “Gadgets”, that you can use as a virtual studio.  The latest version features universal support not only for the iPad, but also for the iPad Pro and the iPhone.

You can now use the Mac version at home and the iOS version when you are mobile, with what Korg calls ‘a seamless workflow’. The Mac version also comes with the “Gadget Plug-In Collection,” plug-in versions of the Gadgets in AU, VST, AAX, and NKS formats.

Here’s an intro to Gadget for Mac from the 2017 NAMM Show:

Note: On iOS, many Gadgets are in-app purchases, while on OS X, they are included in the application price.