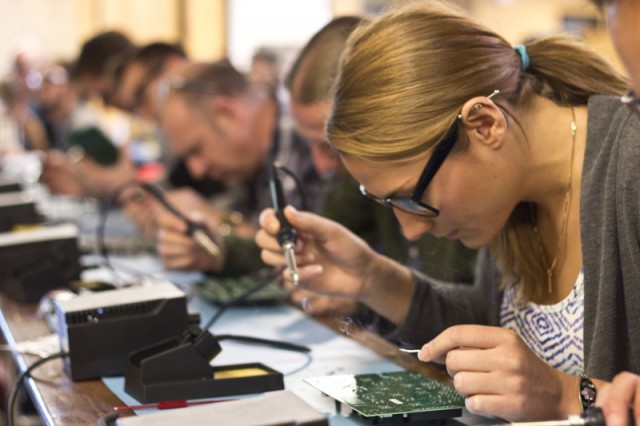 Moog has announced that it will be introducing a new module at Moogfest 2017 – the Drummer From Another Mother (DFAM).

No details have been provided,  but it will be available as a DIY project for Moogfest Engineer VIP attendees to build onsite.

At Moogfest 2016, Engineer VIP attendees built the Brother From Another Mother (BFAM) module – all-in-one sequencer and synth voice module in Eurorack format. The module has not been made available as part of the company’s standard product line.

Based on DFAM name, it sounds like this year’s project will follow the BFAM’s precedent, and may be a drum synth/sequencer in Eurorack format.