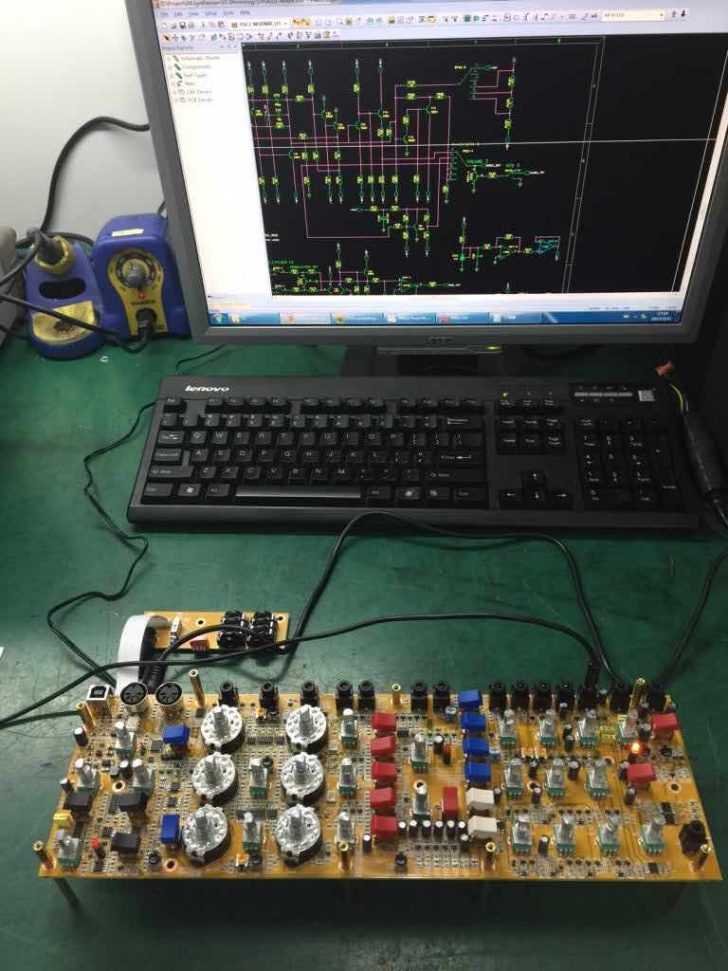 The Behringer Minimoog clone is up and running.

The ‘Behringer D‘, aka ‘the UliMoog’ is a planned $400 Minimoog synthesizer module, designed to work as a standalone synth module or as part of a Eurorack modular synthesizer.

The Model D prototype is now up and running and all functions seem to be working well.

Next week our system engineer will go through a rigorous testing procedure and meticulously compare every stage with the MiniMoog reference sample.

Next is the MIDI software implementation which will take around 1-2 weeks.

We expect the metal, plastic and wood sample parts to come in within the next two weeks and provided all goes well, we should be able to showcase a complete working sample by middle of April.

Please bear in mind that we are still many months away from shipping this synth as metal and plastic tooling has not yet started.

We have also not done any EMC and safety testing which can possible delay the project; depending on the test result we might need another board spin.

Behringer shared these images of the prototype. If you’ve got electronic knowledge, check out the pics and let us know what you think! 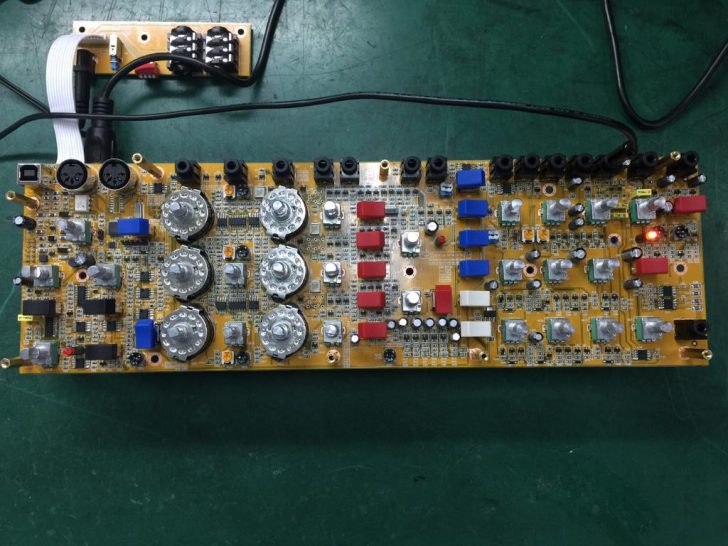 76 thoughts on “Behringer Minimoog Clone Now Up And Running”