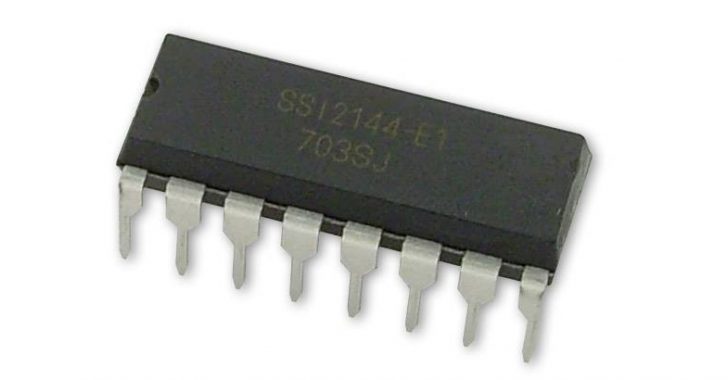 DSP Synthesizers has announced that it now has the Sound Semiconductor SSI2144 chip available in single units or small quantities.

The chip is a reissue of the classic SSM2044 filter chip for synthesizers, and was developed by its original designer, Dave Rossum.

The SSI2144 uses the same internal circuit as the SSM2044 but in a SSOP-16 package. There is also an adapter PCB for converting it to a DIP-16 SSM2044 replacement to upgrade or repair vintage synthesizers.