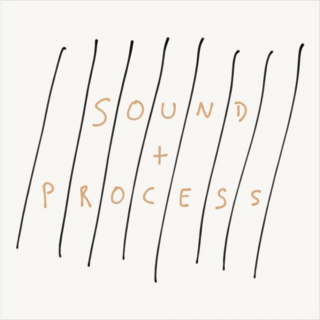 The latest episode of the SOUND + PROCESS podcast focuses on the Lines Community Remix Project, a unique collaboration between members of the lines community, a forum sponsored by monome.org.

lines members all over the world contributed to the Remix Project, which had one rule: every song must be made with the same community-provided samples.

The latest project, titled New Noise, is one of the most packed community remix project albums in a long time — its contributors range from decade-old members to lurkers who joined just to participate.

The episode features reflections from a dozen artists, each providing peaks into the unique processes behind their tracks.

You can listen to the podcast below or at Soundcloud:

The New Noise album, embedded below, is available as a free download or on CD:

Since its inception in 2007, monome has fueled rich discussion. Brian Crabtree and Kelli Cain’s original grid of buttons and decoupled lights inspired a new way to consider electronic music performance and composition. It was designed to adapt to the needs of its user, rather than impose predetermined limitations, and at its core was an open source framework rooted in Max MSP. This openness necessitated communication between users, as apps were best developed publicly and in response to immediate needs. A forum seemed to make the most sense to house these discussions.

As monome grew, both in the range of their products and in the depth of their appeal, this forum became a unique meeting place for artists across the world. The conversations became less focused on ‘How do I do X with a grid?’, as a sense of community grew beyond the gear. These strangers on the Internet were treating each other with the same care and respect that they would if they were all in a room together; a sadly rare phenomenon.

One of the hallmarks of this inclusivity was the Monome Community Remix Project (MCRP), a project rooted in musical collaboration between members. A loose process was formed: members would submit samples which formed the only raw material able to be used in the final songs. Over the course of 18 volumes — including two holiday iterations, an Earthquake Disaster relief compilation and a memorial for user VGAForest who passed away from complications related to leukemia — the unique ethos of the monome forum found concrete manifestation.

After 8 years, the time came for a logistical migration to a new platform. Rather than simply modernize the old bones, Brian and Kelli saw (as taken from the last post on archive.monome.org) an “opportunity for redefinition […] structuring for inclusivity beyond grid culture. our hope is to continue to best of what happens here now, and build on it.”

With this mission statement, lines went live. It took little time after the migration before MCRP was rebranded as LCRP, the lines community remix project.

The latest, titled ‘New Noise’, is one of the most packed community remix project albums in a long time — its contributors range from decade-old members to lurkers who joined just to participate. This episode of SOUND + PROCESS features reflections from many of the creators, discussing their unique approaches to working with the same samples. Every piece of music featured is from the resulting album, which can be freely downloaded or affordably purchased at lcrp.bandcamp.com.