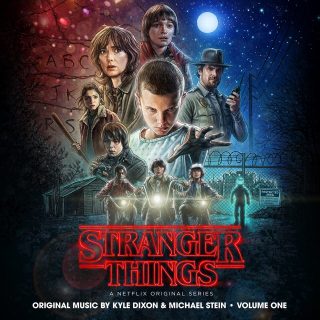 Composers Kyle Dixon and Michael Stein of S U R V I V E are returning to score the second season of the Netflix hit Stranger Things.

Stranger Things was a surprise hit for Netflix, combining a nostalgic look at the 80s with science fiction and a synth-heavy soundtrack.

In the latest episode of the Soundworks Collection podcast, Dixon & Stein discuss how they got the gig to score Stranger Things, some of the gear they used to create the soundtrack and what to expect for the new season.

You can listen to the interview via the embed below or at the Soundworks Collection site:

We chatted about how they got the gig, what gear they utilized to create their synth driven score and what changes they are making for the new season.

This thrilling Netflix-original drama stars award-winning actress Winona Ryder as Joyce Byers, who lives in a small Indiana town in 1983 — inspired by a time when tales of science fiction captivated audiences. When Joyce’s 12-year-old son, Will, goes missing, she launches a terrifying investigation into his disappearance with local authorities. As they search for answers, they unravel a series of extraordinary mysteries involving secret government experiments, unnerving supernatural forces, and a very unusual little girl.

Most of our assumptions have outlived their uselessness.