Synthposium Festival 2017, described as “biggest festival for music technologies in Russia and whole East Europe”, will be held in Moscow on 24-27th Aug, 2017.

Organizers contacted us to let us know about the event, and had this to say about it:

Synthposium covers not only the musical scene but mainly an industry of modern musical gear, DIY synth-making, modular culture.

The goal is to observe the whole musical and gear industry which is developing nowadays in Russia, overview the worldwide experience, make new international connections, well to shed a light on it all and just to make a good music and modern arts international festival as well.

The event will also celebrate Russia’s long history in electronic music, including the work of pioneers like Leon Theremin; Russia’s contributions to electronic music technology, like the massive photoelectron ANS synthesiser, created by Yevgeny Murzin; and the work of composers like Eduard Artemiev, who scored Andrei Tarkovsky’s Solaris. 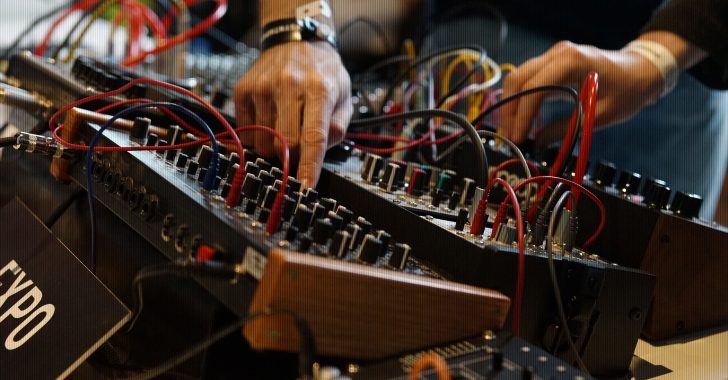 When it comes to burgeoning electronic music scenes, Moscow isn’t usually one of the first cities that springs to mind. Synthposium is on a mission to change that.

Synthposium is an annual Moscow-based festival exploring a new interdisciplinary culture formed at the junction of electronic music and technology.

For the last three years, Synthposium has united and inspired professional producers and musicians, fans of analogue and modular synthesizers, engineers and experts on musical instruments. Today the festival’s reach goes beyond a specialized community to become a major urban event, set to provide a unique interactive platform for demonstrating new thought in engineering, digital design, and the results of creative inquiry across different areas.

This year the extended four-day format for Synthposium will include an exhibition of achievements in music technology and an educational programme dedicated to lectures, public talks and workshops led by international and local experts and engineers. Featured presenters will include BBC broadcaster Matthew Sweet and synth enthusiast Robert Aiki Aubrey Lowe aka Lichens.

Synthposium will hold an offline premiere of Deckard’s Dream, designed by Russian engineer Roman Filippov (Sputnik Modular). The 8-voice polyphonic analog synthesizer is inspired by a certain sound in late 1970s and early 1980s cinema, most recognisable in Vangelis’s score for Blade Runner.

A parallel awards ceremony will take place for the first time at Synthposium, awarding prizes to the best engineering, the best interface designs and concepts, and artists with the most technologically advanced live shows – all for the first time in Russia.

The festival will also host interactive installations and audiovisual performances. An evening program will include three afterparties at popular clubbing venues in Moscow, with Ulrich Schnauss and German techno legend Thomas P. Heckmann among the headliners.

Details on the event are available at the Synthposium site.