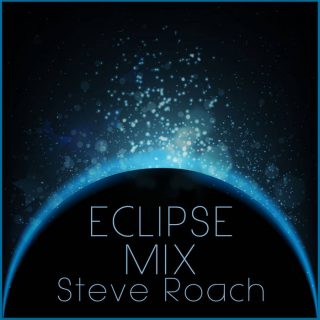 Ambient/space music synthesist Steve Roach has released a new album of music for the upcoming eclipse.

Eclipse Mix is an atmospheric electronic album, made for the 2017 August 21 North American Eclipse.

Here’s what Roach has to say about the album:

This lunar-infused piece was created from elements found in the Bloodmoon Rising 4 CD – 5 hour set, originally created for the four bloodmoon lunar eclipses, starting in 2014 Thru 2015.

From Aug 8, 9 and 10 – 2017, I went to the original Bloodmoon sessions and for a few nights created this piece as a soundtrack for the fortunate souls who will be in the path of the solar eclipse on Aug 21 2017.

For those of us not in the direct path of the eclipse, this is an offering in support of creating our own internal experience for this event, wherever we might find ourselves.

In shadow and light

Roach has released the hour-long Eclipse Mix via Bandcamp as a name-your-own-price download.

You can preview the album via the embed below: