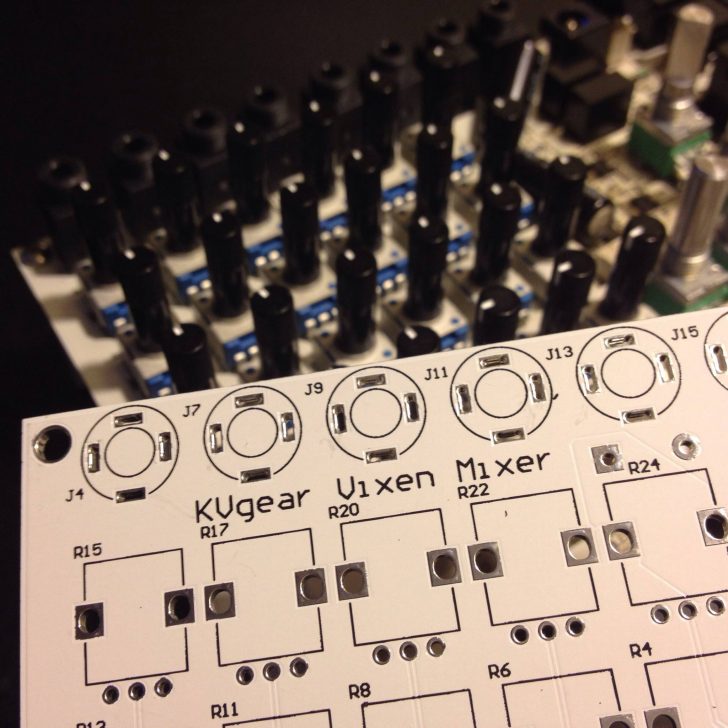 At Knobcon 2017, KVgear is introducing the Vixen Mixer, described as ‘the first and only mixer for Volcas’.

The Vixen is an eight-input (6 mono, 2 stereo) mixer, designed specifically for working with mobile devices like the Korg Volcas. It features 3.5mm jacks, level and mute and panning per channel, 2 aux sends/returns, main out and headphone out. All in a footprint that’s identical to the Volcas.

It also offers an onboard hub for powering up to 8 Volcas, powered by an external power supply, internal batteries or external mega battery

KVgear plans to fund production of the Vixen Mixer via a Kickstarter campaign, which will launch next week.