iConnectivity explains that the “secret” to creating to a seamless, simple and straightforward failover solution for live performance is the integration of two computers, each connected directly to the PlayAUDIO12 for a strong redundancy system. Should the user’s main computer fail, PlayAUDIO12 switches to the backup computer in a heartbeat; so fast that the performer and their audience may not even notice. Backing tracks keep playing in time and MIDI gear stays connected.

PlayAUDIO12 also ships with iConnectivity’s Auracle, an intuitive, interactive new approach to control software. Auracle allows performers to create a sophisticated live integration of all audio and MIDI connections, inputs and outputs; the company says Auracle “lets you do it in minutes, not hours.” 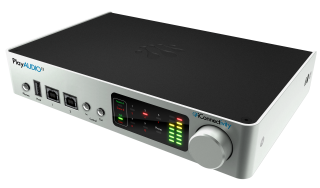 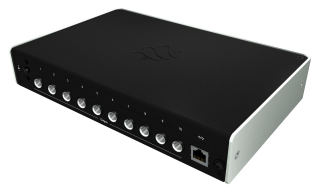 The manufacturers’ suggested retail price for the iConnectivity’s PlayAudio12 is $599.99 US. The estimated “street” price $499.99 US.

The interface is available for pre-order now from www.iConnectivity.com and iConnectivity resellers worldwide and is expected to ship in late October 2017.