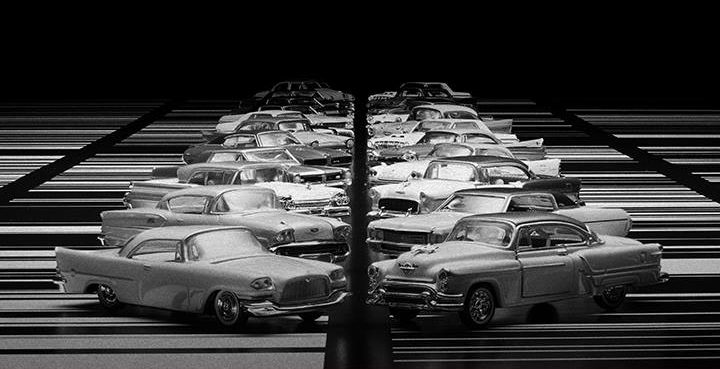 The event featured a performance of Ikeda’s A [for 100 cars], using low-riders tricked out with synths designed by RBMA’s Tatsuya ‘Tats’ Takahashi, who’s best known for his work at Korg. 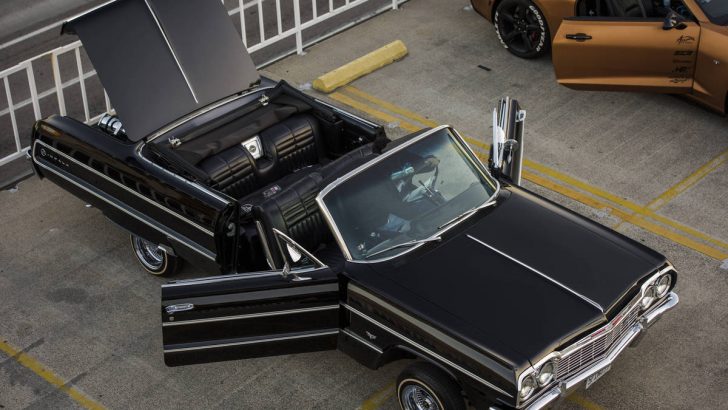 Here’s how AutoWeek described the event:

100 cool cars with killer audio parked on the roof of a parking structure across the street from Disney Concert Hall in downtown Los Angeles, opened their doors and began blasting A’s. But not just randomly.

As you know if you’ve ever taken piano lessons, there are seven octaves on a piano, with an extra A down at the bottom of the scale, so eight potential As. Each car owner was given a custom-made sine-wave synthesizer and assigned one of 100 As from throughout history. A guy in a lowrider could be playing 430 hertz from the 1810 tuning fork of composer Henry Lamoine in Paris while the AMG Mercedes in the next row was playing 419.6 hertz from the organ of the Cathedral of Seville, Spain.

Each had a sheet telling them when and how to adjust their sine-wave synthesizers, sort of a musical score, detailing what octave of A to play and when to switch it up or down to another octave. And out they blasted, through car audio systems ranging from 5,000 watts to 40,000 watts.

Here’s a behind-the-scenes look at the 100 custom-made synthesizers: