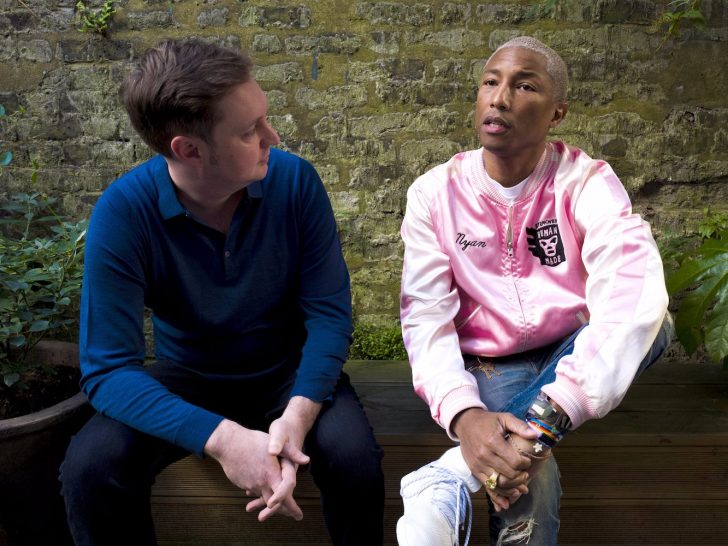 ROLI has released their first studiopack, Happy, for their free NOISE app. The release coincides with the announcement that Pharrell [Williams], who composed and performed the hit song on which the studiopack is based, has been named Chief Creative Officer at the London-based company.

As Chief Creative Officer, Pharrell will help co-design the next generation of music creation devices at ROLI. The company’s announcement explains, “Seaboard and BLOCKS are just the beginning of our long-term mission to create … instruments that open up music creation to everyone. Pharrell will be by our side as we enter the next stage.”

In an interview published today on Business Insider, ROLI founder Roland Lamb said that the partnership with Williams came about after Lamb discovered that “what he had been working on and thinking about” were “similar ideas in parallel” along with Williams.’

Business Insider also disclosed that Pharrell had invested in ROLI, but remarked that the company did not disclose how much Williams would invest.  The company has raised a total of $43.5 million (£32.8 million) in funding thus far.

The “Happy by Pharrell” studiopack. “Happy” is a “groundbreaking” studiopack for ROLI’s NOISE app. The pack deconstructs the chords, basslines, and vocals of “Happy,” giving the user the raw materials to create their own song.

The NOISE app is available for free via the App Store. The collaborative studiopack, “Happy by Pharrell,” can be found in the NOISE app under Bundles. An Android version of the app and the studiopack is also available.