Steinberg today announced an update to Cubasis, their sequencer app for the iPad. Cubase 2.3 provides the same look and feel, as well as project compatibility, for smooth import to Cubase.

Cubasis provides tools for arranging, mixing and editing music productions, including many effects and instrument sounds.

Jakob Haq has released a video overview of the updated Cubasis app: 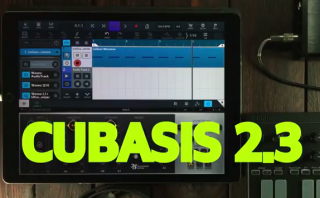 Key features of Cubasis 2.3 include:

More information is available on the Steinberg Cubasis webpage.

One thought on “Cubasis Update Brings Waves Plug-ins To iPad”