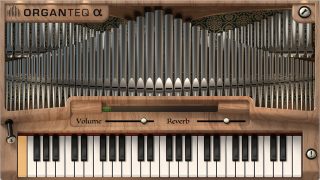 Organteq Alpha is designed to reproduce the complex behavior of organ flue pipes. It is a small organ with a keyboard range of 4 octaves (from F1 to F5) and with 2 stops: a Flute 8′ and a Flute 4′ (octave).

It is provided as a standalone instrument. Modarrt says that it should be regarded as a preview of a more advanced commercial version in development, due to be released during 2018.

Here’s a preview of Organteq Alpha in action:

See the Modartt site for details.