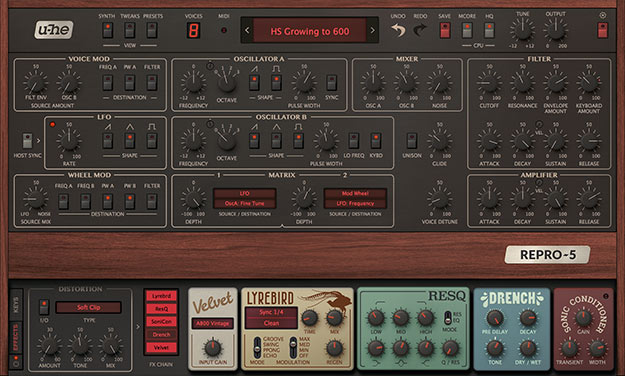 Repro now is one product that includes two synths that use component-level circuit modelling to recreate the Sequential Pro-One & Prophet 5.

Repro is available now for US $99.

19 thoughts on “U-He Repro-5, Inspired By The Prophet 5, Now Available”