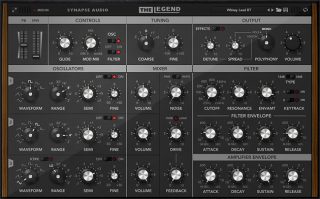 Synapse Audio Software has announced that they have updated The Legend – a Minimoog-style software synthesizer – to version 1.2.

The update adds support for Native Instruments’ NKS, introduces a new Performance matrix on the back panel to increase the expressiveness of the instrument, and supports Multidimensional Polyphonic Expression (MPE) when in Poly mode.

The update is free for registered users. See the Synapse site for more info.

7 thoughts on “Synapse Audio Updates The Legend With MPE”