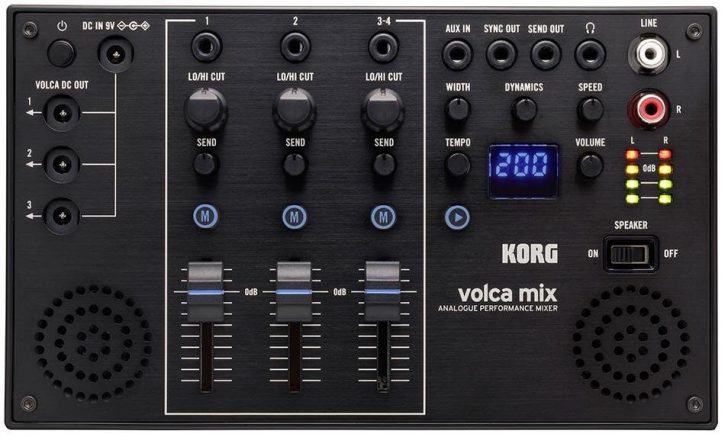 It looks like Korg may be introducing a new volca at the 2018 NAMM Show.

Images have leaked via several sources of a Korg volca mix, a mini-mixer that’s designed to both power and mix up to three of volcas. Based on the image above, the volca mix will provide two mono and one stereo input, and stereo headphone and line outputs.

Other features include an Aux In, master tempo and sync controls, and stereo speakers.

Official details are still to be announced.