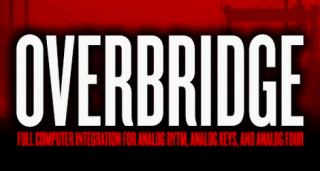 Elektron today announced another delay to the release of Overbridge:

We know a lot of you are eagerly and patiently waiting for the next version of Overbridge. In December we told you that we were aiming for a February release, but as we approach the middle of the month, we realize that we will not be able to keep that deadline.

As with all software development, it is sometimes tough to accurately estimate the time required to finalize an application. We can only humbly ask you to bear with us a little longer while we get everything up and running to the high standards both you and we expect from an Elektron product.

The company previously announced that it was delaying Overbridge’s release in December of last years.

Overbridge is a software system, designed to integrate your Elektron instruments with DAWs, including Ableton Live, Cubase, Logic and Bitwig.