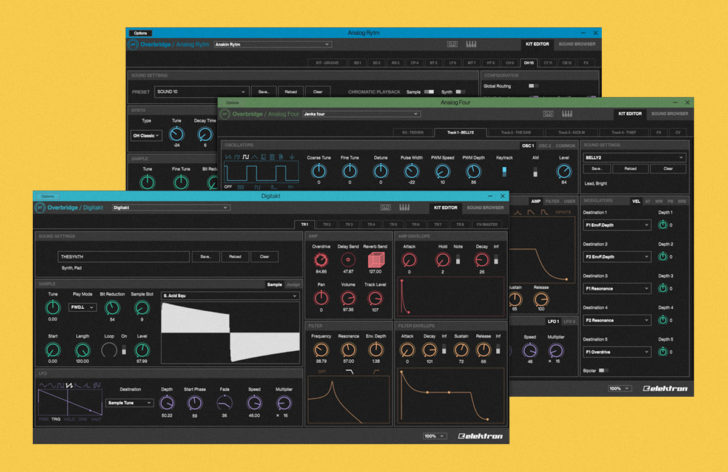 Elektron over the weekend shared an update via Elektronauts on the status of the much-awaited update to Overbridge, its system for integrating its hardware with DAWs.

The company is not making promises about when the Overbridge update will be released, but instead gives an update on what to expect:

The development of Overbridge continues. Many of you have already enjoyed the sound-editing and multitrack recording capabilities made possible by an Elektron machine hooked up to a computer with Overbridge installed, and we know a lot of you are eagerly awaiting the next version of Overbridge, with support for Digitakt, Digitone, and the Analog MKII’s.

Overbridge is in many ways the most complex project we have ever undertaken, and it has admittedly been difficult to accurately predict the time and resources required to reach the high standards both you and we expect from an Elektron product. We are not quite there yet.

That being said, our small but dedicated team of engineers are working fervently, and we can only kindly ask for your continued patience. Rest assured, releasing Overbridge is our highest priority.

A few highlights of what to expect:

We’re as eager to get our hands on Overbridge as you are. Most of us are musicians, too. In the meantime, keep making awesome music!