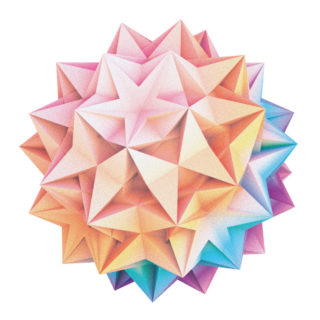 Composed and played on a Buchla Music Easel, the album is a collection of instrumentals that were originally commissioned by Smith’s mother to accompany her yoga practice.

Field recordings of wind chimes and forest sounds are interspersed throughout much of the album, accentuating the pastoral aspirations of their electronic counterparts. The chirp of a bird might be confused for the elongated intervals of a muted siren, a steam valve opening and closing for the sound of the surf, or a drone for a live organ. The actuality is elusive and secondary to the alchemy at work. Natural and synthetic components become indistinguishable from one another and cohere seamlessly into a unified paean to bliss.

Though the ambient nature of these recordings is inextricable, it is belied by an undercurrent of heart-like beats that hint at the visceral force of Smith’s current work.

The album is available now via Bandcamp. You can preview it via the embed below: