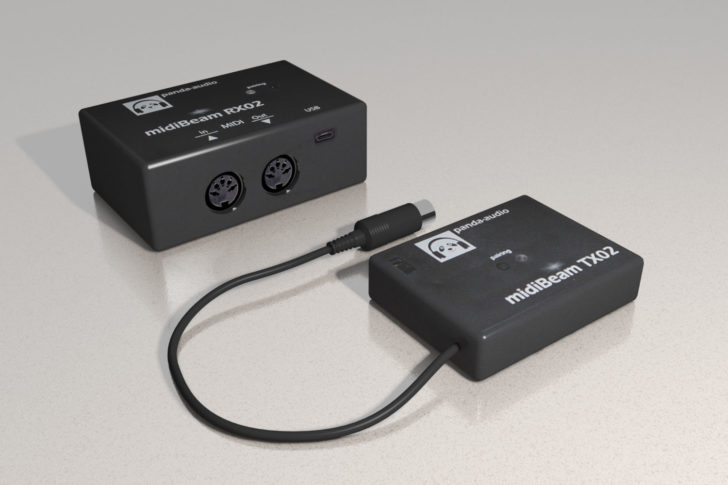 The system can transmit MIDI 250+ meters in open air, with .38 millisecond latency.

midiBeam v2 consists of a two parts, a transmitter and a receiver unit, sold together.

MidiBeam v2 is available now for 179 EUR incl. VAT. Users of previous versions of the midiBeam can also upgrade their system’s firmware for free.