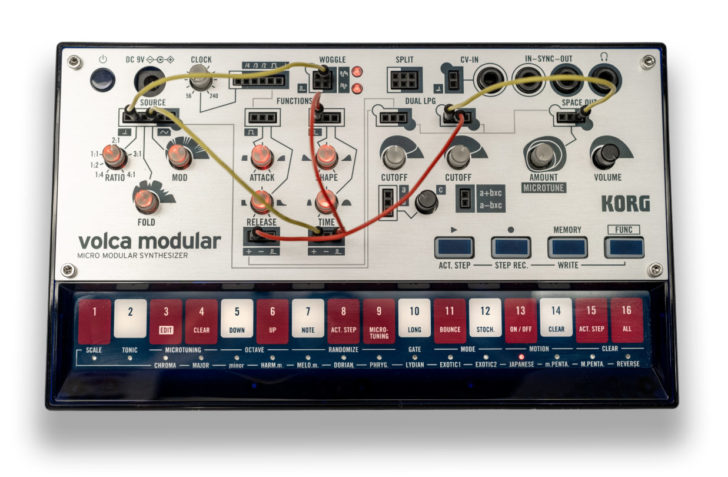 Korg describes the volca modular as ‘A fusion of West Coast style in a volca format’.

Synthesizers of the “West Coast style” evolved in a uniquely different direction from such musical developments. Pursuing the freedom that is inherent to electronic musical instruments, these were based on oscillators such as FM modulation which generated numerous overtones, and used random and complex control signals and low-pass gate circuits to vary tonal character and volume, so that slight movement of a knob might dramatically transform the sound. While their potential was acknowledged, the resulting sound and its changes were difficult to predict, causing these synths to be used in a more experimental capacity.

For these reasons, hardware products of this style have been few in number. However, recent years have seen the popularity of modular synths such as Eurorack, as well as DAW plugin instruments that resurrect classic bygone synths of the past. This world-wide movement toward embracing interesting sounds has received renewed attention, spurring a new look at the sounds of this style.

Starting from analog, and freely taking in all elements including FM and PCM, the volca series has also focused on this trend. And now, this distinctive “West Coast style” sound has been added to the KORG volca series. 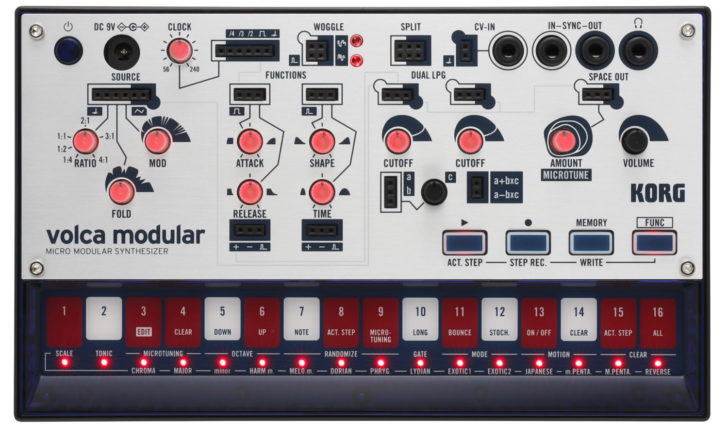 Other features include microtonal support, randomization and support for CV control.

The musician is perhaps the most modest of animals, but he is also the proudest. It is he who invented the sublime art of ruining poetry.