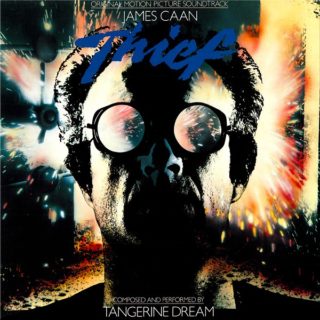 The vinyl LP is back.

And – along with the renaissance of the indie music store, LP’s returning to booksellers and Technics introducing a new version of its SL-1200 turntable – has come a firehose of new and reissued electronic music releases on vinyl.

Tangerine Dream‘s Thief soundtrack is considered by many to be one of their finest. It features the group’s Franke, Froese, Schmoelling lineup at their peak, along with a track by composer Craig Safan.

By the time Tangerine Dream scored Thief, they had moved away from the more improvisational space rock of their 70’s peak and were embracing the use of drum machines and more conventional song structures. Their use of highly percussive ‘ratcheted’ synth sequences, along with the prominence of Froese’s electric guitar, give the tracks a propulsive energy that help make the score a standout among their many soundtracks. And Diamond Diary – with its ebb and flow of electronic rhythms and metal power chords – is one of the highlights of their career.

Tangerine Dream’s Thief soundtrack was originally released in the vinyl era – and it sounds great on vinyl. A recent Audio Fidelity reissue (Amazon) doesn’t feature any extras, but is a classy 180 g virgin vinyl pressing. Our copy is completely free of surface noise and it has become our preferred media for listening to this classic soundtrack. 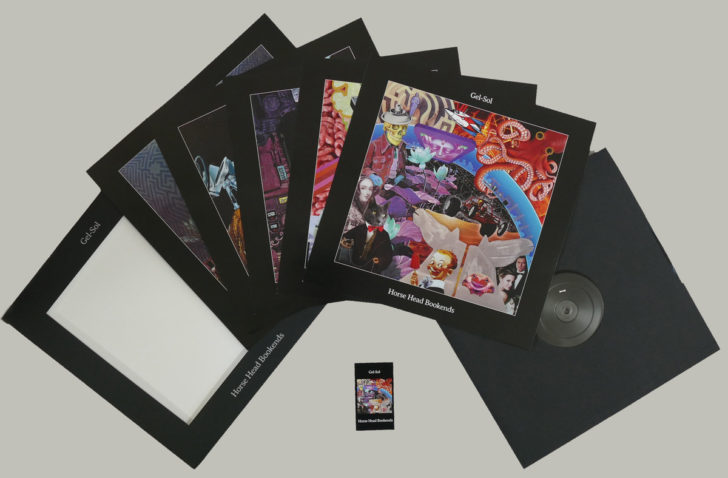 It’s a gorgeous physical release – 140 gram vinyl, plus 5 inserts of custom printed 12″x12″ artwork, by Gel- Sol, to illustrate the individual tracks. The record jacket is die-cut, so any of the psychedelic collages can display through the frame.

The LP’s illustrations and design recall the heyday of vinyl releases, when the best LPs were truly physical counterparts to the music.

The music of Horse Head Bookends is hard to categorize, because, like the collage illustrations, the music freely combines elements of many genres. It layers the improvisational feel of classic space rock with plunderphonic-style sampling and funky dub grooves.

Horse Head Bookends is available via Bandcamp. You can preview it below: 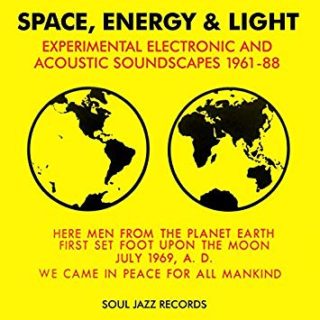 Space, Energy & Light is a triple-LP retrospective, featuring music of early electronic and synthesizer pioneers, with tracks spanning the years 1961-1988.

The compilation is an exploration of the range of music being made by electronic musicians who used electronics to create new types of music and soundscapes, beyond the boundaries of the mainstream. And it shows that there is a lot of interesting territory for listeners to explore, ranging from the space rock and Berlin School style sounds of artists like Tim Blake and Michael Garrison to the proto new age music of Iasos and Stephen Halpern to the more experimental work of Laurie Spiegel and Tod Dockstader.

The tracks are thematically tied by the idea that these artists were inspired by the era of early space exploration to create music that explored themes of space and futurism, and that also looked inward, to reflect our world’s small, but unique place in the universe.

Space, Energy & Light is an introduction to a wide range of pioneering artists that also manages to be a satisfying and coherent listen. It’s available via Amazon and other online retailers. 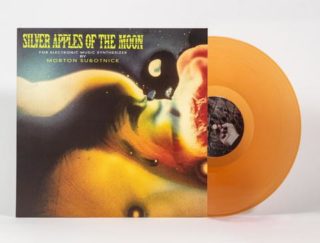 Waveshaper Media in 2017 released a 50th anniversary edition of Morton Subotnick‘s Silver Apples Of The Moon.

Silver Apples Of The Moon, originally released in 1967, is an important album for many reasons. It was Subotnick’s debut album; it was a showcase for the Buchla 100 modular synth and the possibilities of synthesis; and it was the first piece of electronic music commissioned for release as an album.

The album has been difficult to find for years, and for its 50th anniversary, Waveshaper Media has given it the modern vinyl release it deserves.

With the new edition, Tony Martin’s psychedelic liquid-light cover art was re-scanned, and it now wraps around the entire gatefold jacket. The inside features vintage photos of the composer at work, along with a new essay by Subotnick. He tells the story of the creation of the album, and shares his perspective on it from 50 years on. The inner sleeve reproduces the original back cover of the album.

The album has been remastered for the new release, and is available pressed in orange, red or black vinyl.

With Silver Apples Of The Moon, Morton Subotnick defined a new type of chamber music. He anticipated a future where composers created music in their studios, using synthesizers and other electronic devices, for people to listen to in their homes.

By the mid-70s, Subotnick’s vision of a new type of electronic chamber music was already becoming commonplace. Musicians like Klaus Schulze, Brian Eno and Jean-Michel Jarre were sharing their own takes on electronic studio music. But Subotnick’s music – which defies expectation for scales, rhythm and tonality – still manages to sound resolutely of the future.

Silver Apples Of The Moon is available directly via Waveshaper Media. 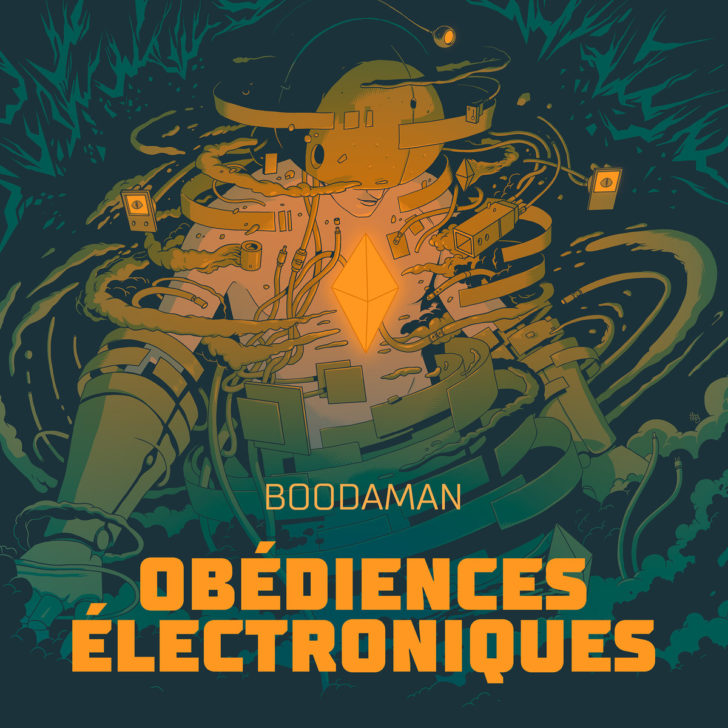 The newest release in our record stack is Obédiences Électronique, a double-album by Geneva-based synthesist and producer Boodaman (Stéphane Cavi) .

With Obédiences Électronique (Electronic Persuasions), Boodaman set out ‘to create an electronic music album, as done in the 70s and 80s, but with modern vision and taste’.

He took inspiration from the early work of artists like Kraftwerk, Jean-Michel Jarre and Tangerine Dream. He followed their example of creating albums with concepts that tied together the music and artwork and using a hardware-centric workflow, but with the beats, arpeggios and melodic sensibilities of modern dance music. 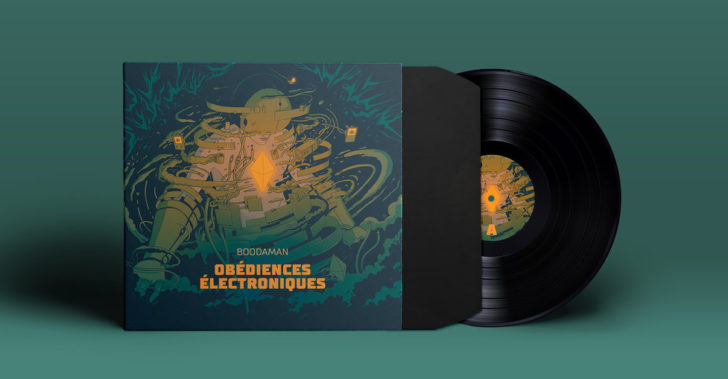 The gorgeous cover art is by Hannes Pasqualini of Papernoise, who also handles the design of Mutable Instruments‘ modules and site.

The tracks are all instrumentals, in progressive house territory. Boodaman uses an array of vintage synthesizers and analog gear to build the tracks, using the computer mainly for recording. As a result, the tracks sound less ‘surgical’ than some electronic music, and more like a live performance. And, while the album is full of inventive synthesis, it’s tightly structured and built on a foundation of beats and synth riffs.

He is joined by thereminist Therminal C on the track Christical Mass.

Obédiences Électroniques is available via Bandcamp. You can preview it below: