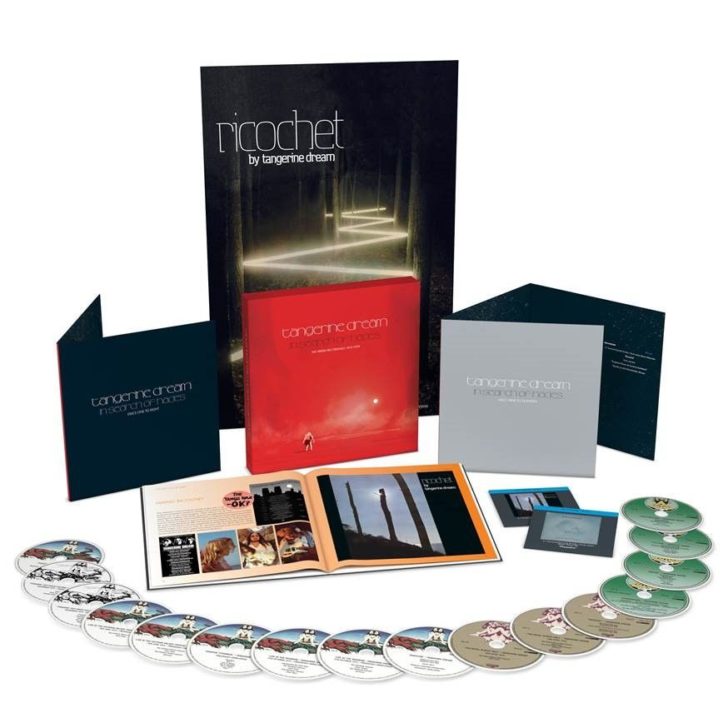 A major new box set of Tangerine Dream‘s classic Virgin era releases has been announced, In Search Of Hades.

In Search Of Hades is a massive 16 CD / 2 Blu-Ray set of music from arguably their most important era, 1973-1979. The set features newly remastered versions of the albums ‘Phaedra’, ‘Rubycon’, ‘Ricochet’, ‘Stratosfear’, ‘Encore’, ‘Cyclone’ and ‘Force Majeure’, all from the original first generation master tapes. New mixes were done by prog artist and producer Steven Wilson. 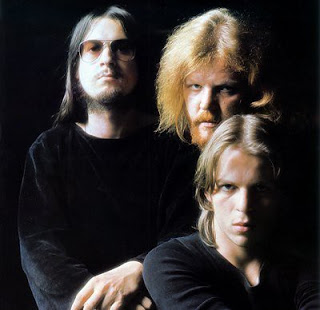 Also newly mixed and included are 2 CDs worth of previously unreleased pieces from the Phaedra sessions, and a 15 minute out-take from Rubycon.

Finally, 3 London concerts recorded by the Manor Mobile are included in full (Victoria Palace Theatre in 1974, The Rainbow Theatre in 1974 and Royal Albert Hall in 1975).

The box set also features 2 Blu-Ray discs, featuring the stereo and 5.1 remixes of ‘Phaedra’, ‘Oedipus Tyrannus’ and ‘Ricochet’ in high resolution, along with a 1976 German TV performance and BBC Old Grey Whistle Test broadcast of Tangerine Dream at Coventry Cathedral.

In Search of Hades also features a hardback book, with new liner notes and rare photographs and memorabilia.

Here’s a preview of one of the remixed tracks from the set:

In Search of Hades is available to pre-order in some countries now, but we have not seen a US distributor yet. If you have additional information, share it in the comments!