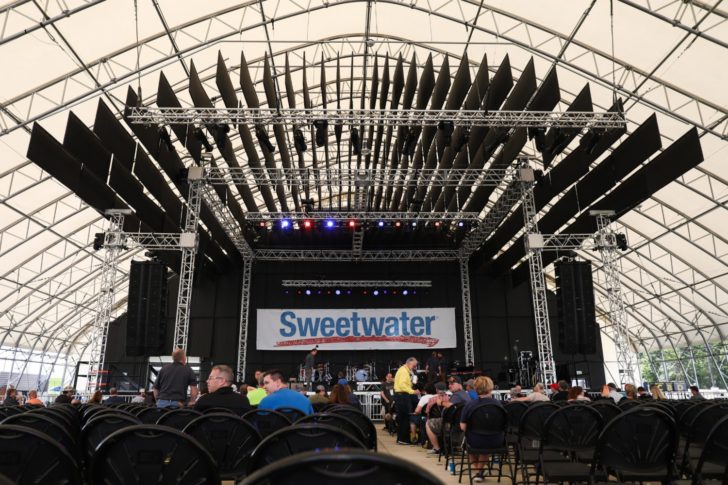 This series of photos captures some impressions of Sweetwater GearFest 2019, held June 21-22 in Fort Wayne, IN.

The free event, held at Sweetwater’s headquarters, featured over 500 vendors and attracted 15,000+ musicians.

As you walk in the door at Gearfest, there’s always a chance that you may be greeted by  founder Chuck Surack, right, who can tell you the story of how the company got its start out of the back of a Volkswagen van. 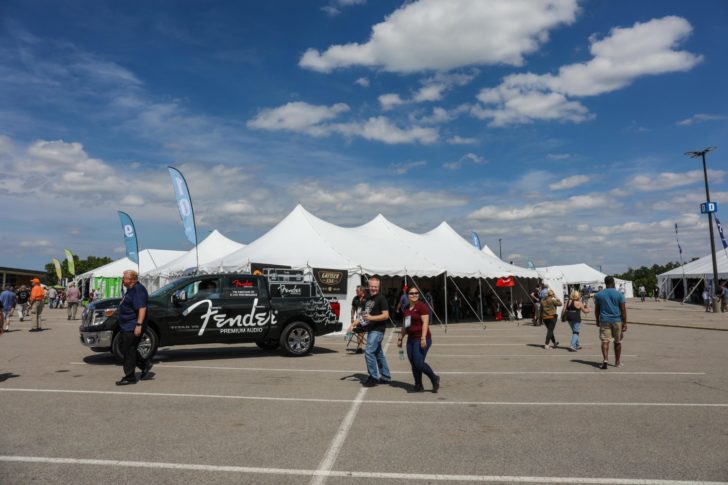 The company’s parking lot was taken over with tents, where vendors showed their latest gear.

Gearfest activities took over much of the company’s headquarters:

Gearfest 2019, as always, featured a variety of education sessions. Many of the sessions are already available to stream via Sweetwater’s site.

Thanks to photographer Jill Gautreaux for sharing her impressions of Gearfest.

If you attended, let us know your thoughts on the event in the comments!

11 thoughts on “Sweetwater’s GearFest 2019 Returns To Fort Wayne, IN”