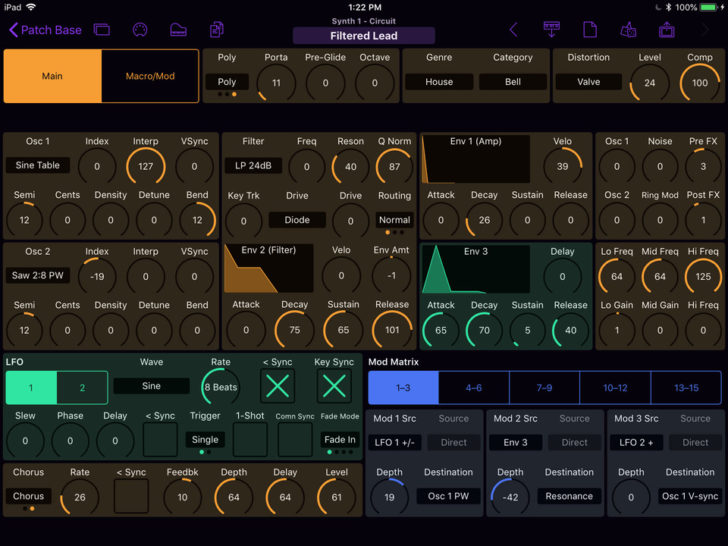 Coffeeshopped has announced that its iPad patch editor, Patch Base, now has an editor and librarian for the Novation Circuit.

Patch Base is available as a free download, so that you can test it out. Individual editors are unlocked via in-app purchases, which are about $30/synth.