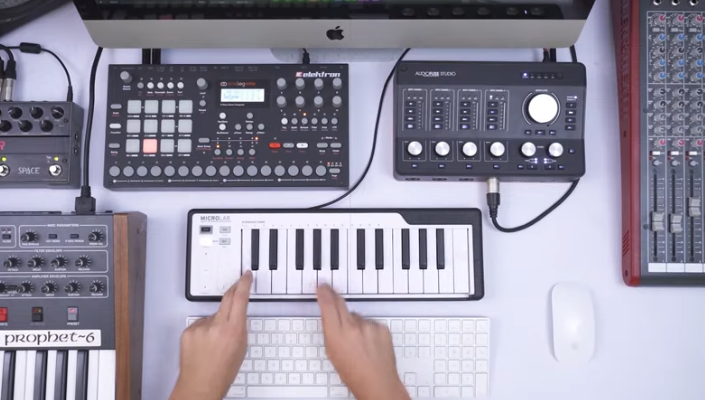 What makes MicroLab so unique?

The keys – MicroLab features the same slim-keys as their industry standard KeyStep controller. The keybeds found on the 25 expressive, velocity-sensitive keys on MicroLab “are simply a joy to play,” according to the company. The hold button gives the user instant sustain, and by holding the shift key, the user can access Chord mode, to program in a chord and replay with just one finger.

The features – the rubberized shell protects MicroLab from and bumps and scrapes, and also features a recess that fits the USB cable, to store or pack it more easily. MicroLab also includes capacitive mod and pitch controls that work in the same way that touchscreens do, so the user can swipe through and select presets with a tap. It is also simple to quickly switch MIDI channels via the dedicated knob and numbered keys.

The shape – Because the cable is recessed, you can push it right up against other gear in the studio without cables getting in the way. It’s also the width of the average plane and train tray-table, and the shell stops it from sliding around. The keys are also recessed slightly into the body, nothing sticks out, so there’s nothing to catch when it slips into a backpack.

Pricing and Availability. The MicroLab is now available, with a retail price is 79€/$.

Find more information, product specifications, and other MicroLab features, on the Arturia website. 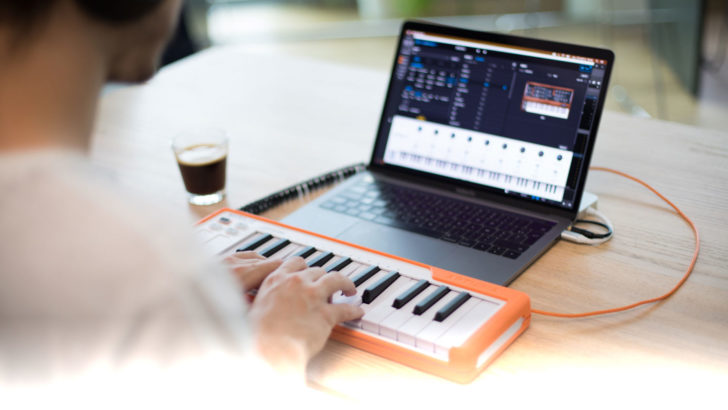