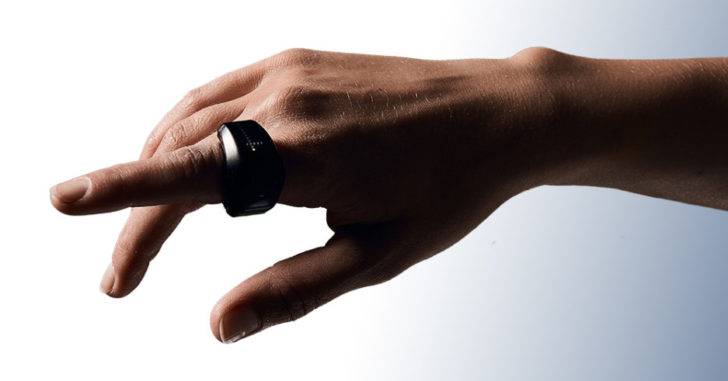 The Wave is a wireless ring that lets you control sound with motion. It’s designed to let you add a new layer of expression to any instrument that you use.

With three accessible buttons, you can turn the ring on or off, as well as change sounds, parameters and effects, without having to go back to a computer. The ring lets you control sound, shape effects and send commands using gestures.

We got a preview of it earlier this year at the 2019 NAMM Show:

Wave has six different functions, four gesture based, a tap input and button clicks. Every function is configurable by users. Several presets can also be stored as preset banks.

The Wave is already being used by performers, including Bergur Þórisson, who used it as part of Björk’s Utopia Tour in 2018.

“It took me a while to realize that the best thing about Wave is not only that it can replace some of the tools you already have to control stuff when you are making music,” notes Þórisson, “but that it can make you control stuff in a completely different way, therefore making decisions that you would have never made without it.”

In addition to the Wave controller, Genki is shipping Wavefront, a Eurorack module that lets you use gestures to interact with your modular synthesizer.

The holy grail for a music fan, I think, is to hear music from another planet, which has not been influenced by us whatsoever. Or, even better, from lots of different planets. And the closest we got to that was before the Internet, when people didn’t know of each other’s existence.