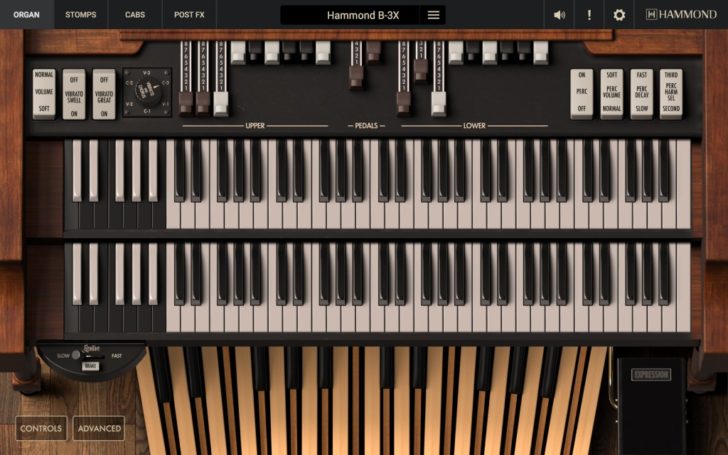 The new virtual instrument recreates the sound, controls and effects signal path of the classic Hammond B-3 organ.

In addition to its authentic organ sound, this new instrument offers a full-rig chain including stomp effects, an extended version of IK’s Leslie Collection, a rotary cabinet with mix-and-match amp and cabinet models plus four microphones, a parallel guitar amp with 4×12 cabinet, a mixer and three studio post effects.

Available for Mac/PC as a stand-alone application and as a virtual instrument plug-in, the Hammond B-3X offers convenience for both recording and performing.

“We’re excited about the very first official Hammond/Leslie Virtual Instrument, and the partnership with IK Multimedia which made it happen,” notes Hammond USA Executive Vice President Peter Nguyen. “The teams certainly captured the qualities that have made the Hammond Organ an essential part of music for the past 85 years.”

Hammond B-3X is available from the IK Multimedia online store and from authorized IK dealers worldwide for a special introductory price of €/$199.99 (regular pricing will be €/$299.99). IK customers with qualifying registered products with a retail value of €/$99.99 or more will be eligible for special introductory crossgrade pricing of €/$149.99 (regular crossgrade pricing will be €/$199.99).