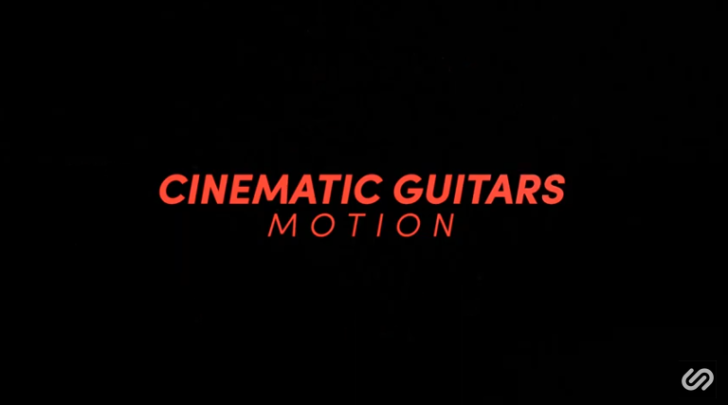 Made entirely from guitars recorded by “guitar impresario” Steve Ouimette, Cinematic Guitars Motion includes 864 sampled instruments and presets, with 33 GB of audio (over 33,000 samples). CG Motion incorporates Kontakt’s lossless sample storage compression to “cram in tons” of content. CG Motion is different from a traditional multi-sampled guitar library, with every preset “layered and infused with motion and hybrid FX, resulting in a cinematic sound that blurs the line between music and sound design.”
https://youtu.be/nGIfqqMI_gw

Cinematic Guitars Motion At A Glance: 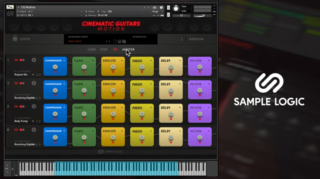 User interface. The library has been named “Motion” because each instrument has been created with an array of sonic movement through sampling techniques, user interface effects and UI performance animation through automation, oscillators and arpeggiators.  The intuitive UI design the provides a straightforward approach to preset performance while allowing for total customization. Customization begins with a dynamic preset browsing system and an easy-to-manage interface compartmentalized into 4 main sections: Core, Step, Effect and Master. 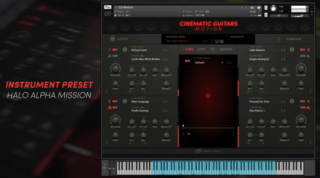 Dynamic preset browsing.  Locating sounds and presets is implified using the multi-tag browser system. Each source, core, and multi is tagged with descriptive genre driven meta-tags. Frequently-used presets can be favorited for future use -even when the instrument is closed / reopened.

Randomization options. Sample Logic has equipped over a dozen parameters within the CG Motion interface for randomization, allowing the user to tap into trillions of combinations with deep and dynamic creative effects. Use these as they are, or as starting points for creating custom instruments.

Here is a SoundCloud overview of sounds from Cinematic Guitars Motion:

Music is the language that can only be heard when you get your own thoughts out of the way.