ROLI has announced that the new Studio Editions of its award-winning Blocks are now available. 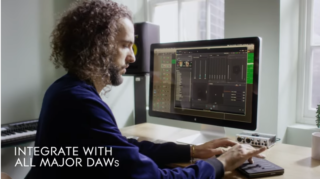