At the 2020 NAMM Show, Lumatone launched their namesake MIDI controller, the Lumatone.

The Lumatone features 275 illuminated, velocity-sensitive hexagonal keys. Each key has an individually programmable MIDI note and LED color, so you can use a variety of scale arrangements and MIDI mappings. 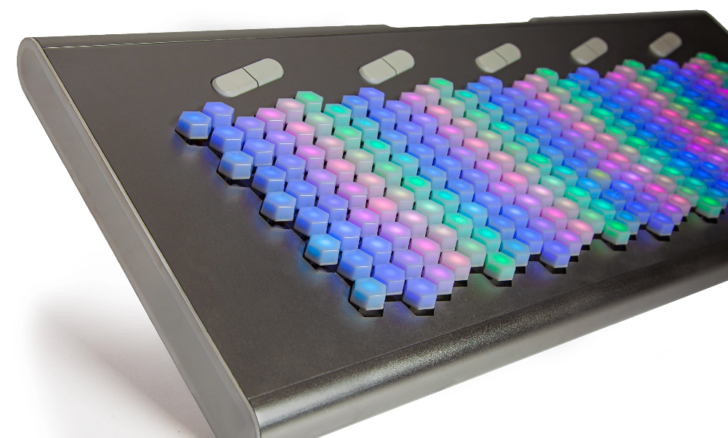 Keys can also be assigned as continuous controllers, allowing a single key to control anything you can imagine on analog or digital instruments. Lumatone comes with companion software (Mac/PC compatible) so you can make isomorphic maps for standard 12-note tunings, or microtonal maps that allow performance in 21-tet, 24-tet, 31-tet, and beyond.

Here’s an example of the Lumatone in action, Benton Roark performing a microtonal composition, Sundog:

Lumatone plans to produce a limited-run of 200 Lumatone controllers later this year via a crowdfunding campaign on IndieGoGO. See the project page for more information.