Behringer has launched a new site, Freemusictribe, that offers a free marketplace for buying and selling music gear.

At this point, it offers an alternative to free options like Craigslist and Facebook Marketplace. Anyone can list items on the site, and there’s not a lot in place to keep you from getting scammed.

But it’s clear that Behringer is aiming for the site to become more than alternative to Craigslist and Facebook Marketplace, but also to compete with options like eBay and Reverb.

To do that, Behringer will have to either need to make a much more substantial investment in the site or need to convince buyers to trade the downsides of established marketplaces for the problems of a new one.

Behringer says that “Freemusictribe.com is now in beta and for sure there will be many things to improve.”

The ‘beta’ status means that there are many issues still being worked out after the site launch. For example, the site went down shortly after it was announced. Behringer said it was because ‘the server has crashed’.

In addition to the infrastructure problems, though, there are several key aspects of the site that the company needs to address if they want it to become a serious option for electronic musicians.

Freemusictribe Navigation Needs To Be Easy, But It’s Not

One of the most surprising aspects of the Freemusictribe site is that electronic music gear seems to be an afterthought. There are no navigation links for categories like ‘Synthesizers’ or ‘Drum Machines’.

This seems especially odd since Behringer has put so much focus in the last few years on establishing itself as a manufacturer of gear for electronic musicians.

Reverb, on the other hand, has been designed with electronic musicians in mind, with links in the top navigation bar for categories like ‘Keyboards and Synths’, ‘DJ and Lighting Gear’ and ‘Software and Plugins’.

Reverb also has a fairly straightforward site organization, creating subcategories like ‘Workstations’ under the ‘Keyboards and Synths’ main category.

Because Freemusictribe doesn’t have this sort of straightforward navigation yet, navigating to the ‘Keys’ category gets you a dumping ground for everything from Eurorack modules to drum machines to cases to MIDI controllers: 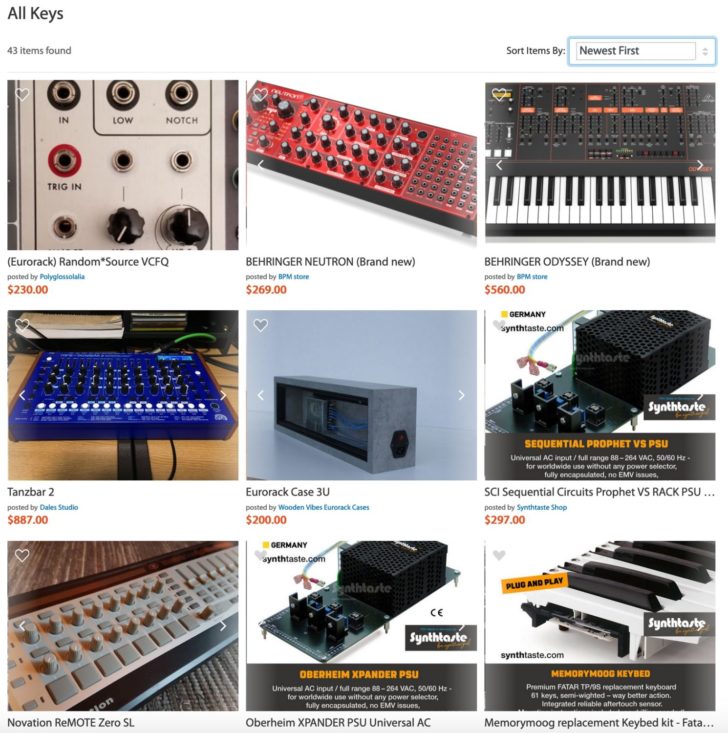 People navigating to the ‘Keys’ area of Freemusictribe will expect to find keyboards, or at least navigation options that would let you find categories like ‘Synths’ or ‘Electric Pianos’.

Another problem with the site, at least for electronic musicians, is that there’s nothing to buy.

For example, a search for ‘synthesizers’ on Freemusictribe today only returns 37 items, and only about half those items are synths: 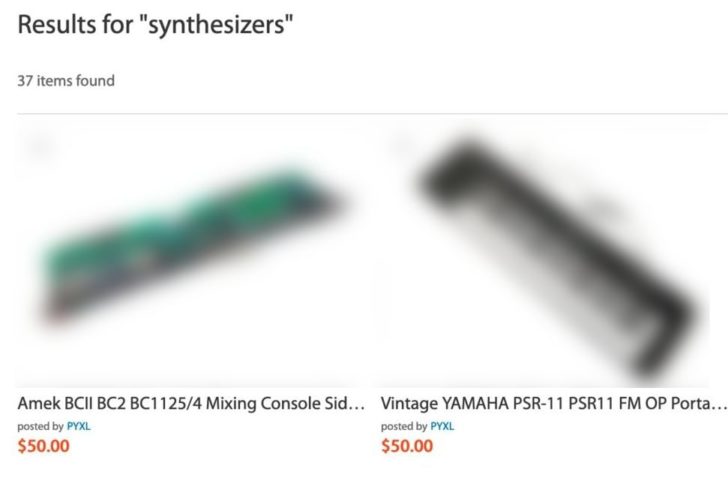 Other sites have thousands of synths to choose from, and return relevant results when you do searches.

If Freemusictribe wants to be an alternative to eBay or Reverb, they’ll need to fix the fundamental infrastructure and navigation issues with the site. But a bigger challenge they need to address is the ‘chicken or the egg’ problem of attracting enough buyers to Freemusictribe so that sellers will list gear there.

Freemusictribe Needs To Keep You From Getting Ripped Off

The challenge of getting gear off sites like Craigslist and Facebook Marketplace is that they’re a scammer’s paradise. Both sites recommend that you buy local and in person, because, if you get scammed, they’re not going to do much more to tell you ‘sorry’ and to talk to the police.

Freemusictribe does not offer much, at this point, to keep you from getting ripped off. Behringer recognizes this is an important problem, and has announced that “we’re planning to implement buyer and seller protection systems”.

If they’re serious about this, Behringer needs to establish basic tools that other marketplaces provide:

Freemusictribe describes themselves as ‘a community built with trust as the foundation,’ but also admits that their ‘foundation of trust’ is still in the planning stages. Because of this, buyers need to beware on the site – as you would on Craigslist or Facebook Marketplace – until Freemusictribe has tools in place to help keep you from being scammed.

Can Freemusictribe Compete With eBay & Reverb?

Behringer has demonstrated that they can be a disruptor in the area of synths and electronic music gear. Can they can do the same in the area of music gear marketplaces? Check out Freemusictribe and share your thoughts in the comments! 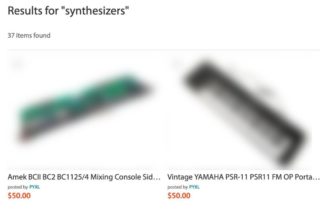 Note: This story was taken down for a couple of weeks as the result of a DMCA (Digital Millennium Copyright Act) notice that we received Feb 11, 2020.

The complaint alleged that a screen capture of search results on Behringer’s FreeMusicTribe site, right, infringed on the complainant’s copyrights.

The complaint was made by:

Synthtopia responded to the complaint Feb 16, 2020:

This communication to you is a DMCA counter notification letter as defined in 17 USC 512(g)(3).

The party making the complaint (Etta Moore, [email protected]) states that Synthtopia is illegally reproducing three original photographs by PYXL. This claim was made in error.

The Synthtopia image(s) that they listed are not copies of any of the PXYL files cited. They are, rather, several sizes of a single screen capture of the FreeMusicTribe.com site, which incorporates PXYL images.

Synthtopia’s use of a screen capture of the FreeMusicTribe site is legally protected because it falls within the “fair use” provision of the copyright regulations, as defined in 17 USC 107.

The use of screen captures in news coverage is well-established and Synthtopia is a source for news on electronic music instruments. The screen capture noted is used in analysis of the new FreeMusicTribe site.